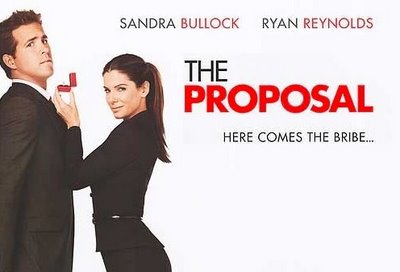 It’s hard to imagine a worse romantic comedy — or a more pitiable film in general — than last year’s The Ugly Truth, a movie simultaneously misogynist and man-hating that furthered the absurdity of Katherine Heigl’s likability and Gerard Butler’s presence outside of action films. The Proposal is not that movie. But it’s pretty bad! It suffers from similar problems — Sandra Bullock, as a steely workoholic editor, keeps much of her considerable charm under wraps. And yet the film focuses on her, leaving the capable Ryan Reynolds off-screen for most of the movie, particularly the parts where he’s supposed to be crying or buying flowers or whatever guys do in these things. There’s a few laughs here, including a slapstick nude scene and a Bullock booty dance, but for the most part, The Proposal is rote drivel that you can happily say “no” to.