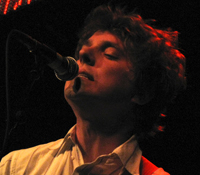 L.A.’s own Henry Clay People have signed to TBD, the label that released a little record called In Rainbows a ways back. Congrats, fellas. Their follow-up to 2008’s Autumn Tone-released For Cheap or For Free is due this summer and I can report that it’ll feature a few re-recorded tracks from that album as well as a batch of sweaty new rock ‘n’ roll originals. They’ll open for the Drive By Truckers (!) at the Avalon on May 7.