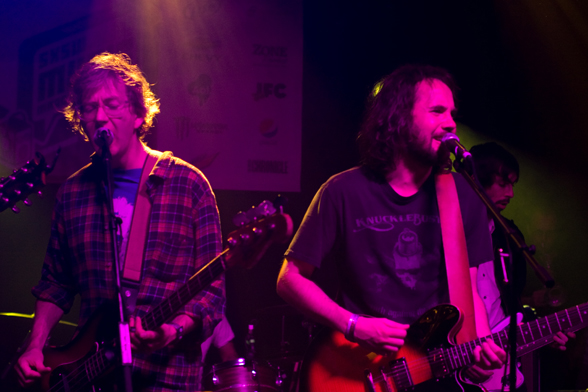 Had to catch up on sleep last night and I’m already late for today’s gigs, so check Cokemachineglow next week for the last two days of SXSW reviews — and here for a billion photos. But you should know that Broken Social Scene played an epic set at the Parish last night with a ton of great new songs, introduced ’06 tour vet Lisa Lobsinger as a new permanent member (you may know her as the lead singer of last year’s Rawkblog-beloved Reverie Sound Revue album), had rock poet Thax Douglas open the show and pleaded with the audience not to take photos. After I took this one, of course. And now, once more into the breach!