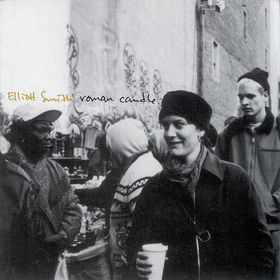 On April 6, Kill Rock Stars will reissue 1994’s Roman Candle and 2004’s From A Basement On The Hill, the bookends of the brief, heartbreaking career of the late Elliott Smith. Elliott jumped to Kill Rock Stars with his second solo album, 1995’s self-titled release, but Roman Candle was released on the tiny indie Cavity Search, and never (domestically) on vinyl — a long-overdue injustice that KRS will be remedying next month. Larry Crane, Elliott’s posthumous archivist and the engineer behind 2007’s excellent New Moon collection, is behind the boards for the remastering of Roman Candle (update: Crane himself has alerted me to the fact that Basement has not been remastered) and the label has released an MP3 from each to give us a taste of his efforts.

Crane’s touch is a respectful one, but while I’m happy just to see these albums back in circulation, I await the former with mostly curiosity: Roman Candle is my favorite album of all time, in no small part due to its shaky production and fumbling four-tracking — it captures Elliott’s first attempts to lay down the evocative solo songwriting that would lead him to cult hero status, and bristles with an anger and risky, experimental feel that his more refined later efforts would inevitably lose. (Of course, each of those next releases has their own miraculous merits.) Does it really need a touch-up? The question is doubly true for the posthumous From A Basement on the Hill, which was shepherded to life by the capable Joanna Bolme and longtime Smith producer Rob Schnapf just a few years back. So, we’ll see — but in the meantime, here are two fantastic songs from the best musician of his era.