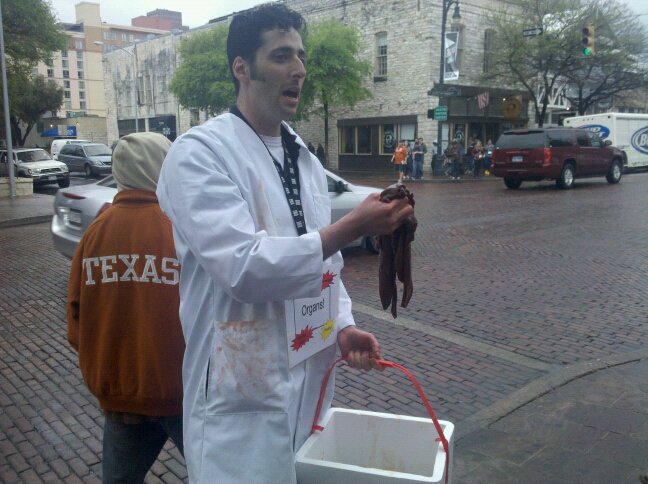 Friends, as you read this, I’m probably hungover in some godforsaken Austin hotel, girding my loins and liver for the 2010 SXSW Festival. (I wrote this post last week. Magic!) It’ll be my first rodeo here at the million-band fest and I’ll be doing my damndest to see at least one act for every beer consumed (I make no promises on the former). I’ll be covering all week for Cokemachineglow, with my review and photos of today’s madness up there tomorrow (more here, of course) and live music updates on Twitter at @cmgzine (and live beer updates, as usual, on Twitter at @daverawkblog). One promise: no bullshit “[Hyped band] is [killing] it! They’re playing [cool song] at [venue you’re not at]!” Tweets. Pals, if you’re not here, hope you enjoy the pix/thoughts and if you are, holler, will ya?