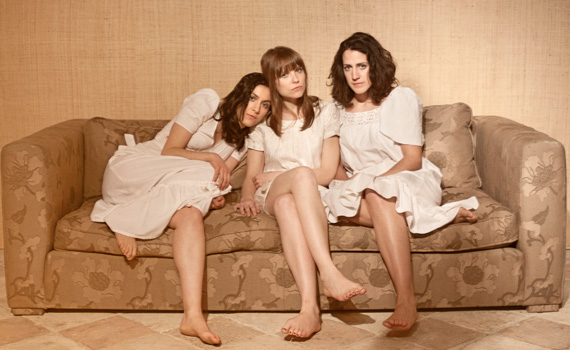 SXSW is supposed to be a new music festival, but frankly, if you’ve savvy enough to be reading this blog post, you’ve been listening to the best “new” acts playing the Austin festival for the last year. I can say this definitively because I’ve just listened to every single one of the 1038 songs available on the free, legal SXSW 2010 torrent, a fascinating experience I recommend to everybody. It also proved that, despite the indie roar echoing through the blogosphere right now, SXSW isn’t an indie fest at all — not by half! At least not as genres are concerned. Judging by the torrent, the most prominent sounds in Austin this week, in declining order, will be hip-hop (yes, really!), Spanish-language world music, terrible ’90s-style pop-punk, terrible The Fray-style modern rock, would-be Neko Case alt-country, terrible heavy metal and then, finally, indie rock. That tiny chunk is then further splintered into terrible dance-y Hype Machine-ready remixes, terrible post-rock, terrible anthem-rock in the vein of the Arcade Fire, Bloc Party or both at the same time, and then — then! — a handful of interesting bands. Luckily for you, dear reader, I’ve picked out 50 songs/bands that struck me the most from the thousand available for your listening enjoyment — both at home on your iPod and this week in Austin, should you be in town. (Say hi!) Grab the .zip after the jump.

An important caveat: For the sake of brevity, I deleted all the good tracks by bands I (and presumably you) am already familiar with. So I’m hoping at this point you don’t need me to tell you about Toro Y Moi, Cymbals Eat Guitars, Sally Seltmann, Midlake, The Happy Hollows, Blair, Real Estate, Miles Kurosky, Devon Williams, ARMS, Pepper Rabbit or the other dozen or so really great, spotlight-ready bands that I’m most anticipating (and have already been blogged from here to eternity).

Another caveat: Most of this is singer-songwriter-y or indie-pop because that’s what I like. There is some variety, so keep clicking if you don’t like cute-sounding girls playing guitars, but then again, you can always make one of these yourself. Happy listening!