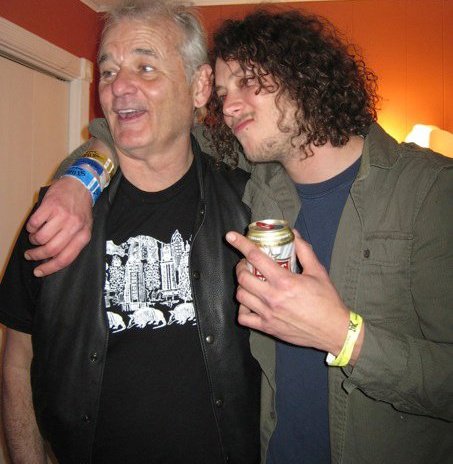 At this point, I was on a flight home to Los Angeles with Method Man, but hours earlier, I’d been hanging out in Austin with my friend Jordan as he prepared for his annual post-SXSW vegan BBQ later that night — a party he was hoping Snoop Dogg would attend. Looks like Bill (who was spotted hanging out at SXSW all week, including a bartending gig at Shangri-La) did him one better. (Word on the street is that Bill shotguns a Tecate like a pro.)