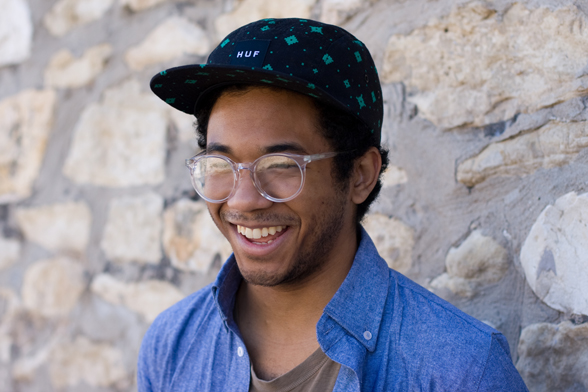 Toro Y Moi (roughly, “Bull and I”) is the matadorial project of Chaz Bundick, a 23-year-old South Carolina native. After a pair of self-released CD-Rs began circulating through blogs and message boards in 2009, Toro Y Moi’s official debut, Causers of This, became one of 2010’s most anticipated albums. With influences ranging from hip-hop to house to New Wave, Causers is the most fascinating release yet under the broadening quote-unquote chillwave umbrella. Bundick sat down with me at SXSW last month to talk about his upcoming sophomore album, Teenage Mutant Ninja Turtles, Lady Gaga and becoming a style icon. He plays the Echo tonight with the Ruby Suns and busy bunnies Pepper Rabbit.

DG: You’re playing a ton of shows this week. Have you been doing any exercises or calisthenics or anything to get ready?
CB: I’ve been doing the exact opposite. I haven’t slept since 10 am yesterday. So I bought a couple of energy drinks, just took that and sucked it up. I’m doing fine right now, it’s probably going to hit me later.

DG: You’re a busy guy — you have another album due out by the end of the year. When is that due, and how will it compare to Causers of This?
CB: It’s close to being done. I’m taking time off from it right for touring, but so far it’s definitely more traditional-sounding, more ambient.

DG: Will there still be vocals?
CB: There will still be vocals. It’s just a different approach. When I was working on Causers of This, I could hear the song and place the parts where I wanted them, see how it sounded, but for this, I don’t like to go back and change the guitar parts once they’re already recorded. I like to write the parts out as I record and don’t really go back and change it. It’s a different approach and it’s a different challenge. It’s fun.

DG: Two albums in a year is pretty prolific, do you think you’ll try to keep that up or take it easy after that?
CB: Oh yeah, definitely going to lay low for a while. I can’t keep track of bands who put out too many albums. It becomes too overwhelming. Still going to tour, but release-wise, yeah who knows how long.

DG: Would you be interesting in doing production for other artists?
CB: Oh, definitely. That’s the main thing I have on my mind for the time off from Toro Y Moi. 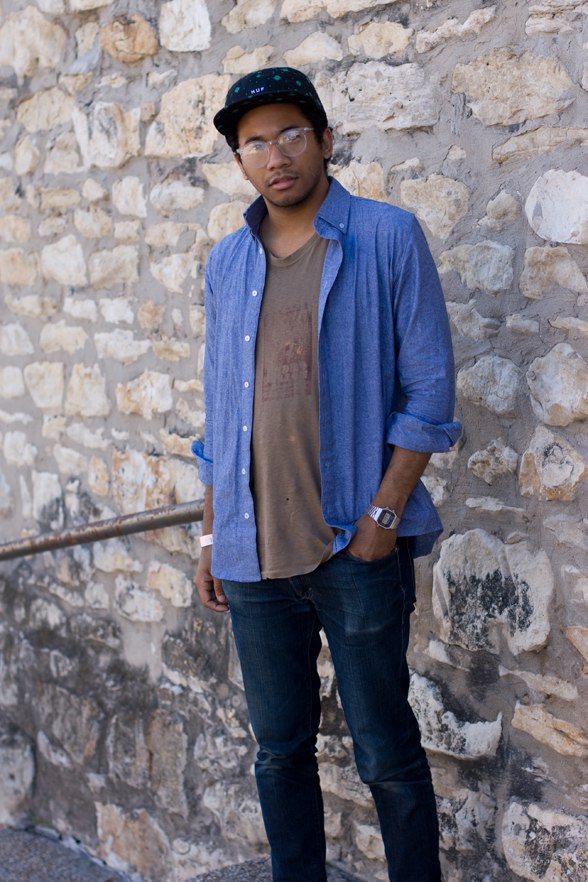 DG: You’re launching a dance project as well, what’s the deal with that?
CB: Les Sins. I didn’t want Toro Y Moi to be associated with dance music, mainly because Toro Y Moi is my project for my real emotions and important lyrical content. I didn’t want people to be like, yeah you should listen to Toro Y Moi, he’s dance music. There are dance-y songs, but I wanted Les Sins to be straight-up dance music.

DG: What do you think of someone like Lady Gaga and what she’s doing?
CB: I tried to like her, I’m not a big fan of her music. I watched a couple of interviews of her on YouTube and she’s a really smart girl — she knows that, and I agree with her when she says this, when artists stop struggling and they get so immersed in populiarty and getting what they want, their music tends to lose its oomph, its special kick. The best part of making good music is struggling, and she understands that, which I like.

DG: Tell me about how you started doing Toro Y Moi and when you started making music in general.
CB: I seriously made up Toro Y Moi right when I started recording. When I was 15 I got a four-track recorder. I came up with the name as soon as I could, I was like, “OK, I like that,” so I stuck with it.

DG: You have a couple of other things floating around out there, a tour CD and some other stuff – are those things that you leaked yourself, or how did they get out online?
CB: I was selling those on my first tour in August and after that I got too busy with Causers of This and they popped up on the Internet, which is pretty funny.

DG: I was reading message boards last year and people were talking about the June 2009 Compilation and all that, was it cool to go online to see that? Do you Google yourself?
CB: I would try to see what people are saying sometimes. It’s weird to see how something you wouldn’t even imagine leaking — I was giving it away for free or for cheap, it’s a CD-R, it’s cool to see it pop up on the Internet.

DG: Do you worry, now that you’re doing the official release thing and spending more time touring and recording, about the next album leaking? Or is that just the way it goes?
CB: It’s kind of both. It sucks that it leaks but it’s also good that people are interested to the point where they want to get it right now.

DG: I’m not going to use the “chill” word, but there’s been a lot of talk about how your music has a certain nostalgia to it. Do you ever feel like, when you’re recording, that you’d rather be 7 years old playing Super Nintendo?
CB: No, when I’m thinking of music, or making music, I’m trying to think ahead of the times.

DG: Why do you think that tag has been applied to you or bands like Washed Out or Neon Indian?
CB: My influences are definitely ’70s, ’80s, I think that’s what draws people to that. Right now, people that listen to music the most and buy music are people my age, I [think] they can relate to that.

DG: You’re 23, right?
CB: I’m 23.
DG: Cool, I’m 24, so we probably grew up watching the same Saturday morning cartoon shows and stuff. Were you more of a Nickelodeon guy or – I was really into, like, Ducktails and Teenage Mutant Ninja Turtles.
CB: Definitely Teenage Mutant Ninja Turtles, I have all the toys, all the sets. I was really into Nickelodeon, all the Nickelodeon shows.
DG: Salute Your Shorts.
CB: Yeah, they should like, have a channel where they just play all that old stuff.
DG: That would be awesome, like a TV Land for all that. On another topic — this week there was an article about chillwave in the Wall Street Journal.
CB: Yeah, I heard about that.
DG: Was it crazy to go from being on blogs to being written up in the Journal?
CB: I thought it was odd that they were interviewing me, and then I read that they were trying to broaden their — [bird shakes water on me] — did it shit on you?
DG: It might just be water, it looks like he’s shaking himself off.
CB: I got shit on once, by a bird at Niagara Falls. It was pretty gross.

DG: On that note, I know you’ve done some fashion stuff, some modeling, tell me about that.
CB: That’s really fun. The first time I modeled clothes, some people were at my show, they came up, they were like, “we love the way your style is, we’d love for you to come model, tomorrow.” I was like, tomorrow, I have to leave tomorrow! [But] they hooked up me up with free clothes, [like], I could get used to this. I’ve done a couple other modeling things, some for free, some that pay. It’s a change of lifestyle but it’s really cool.

DG: Would you ever want to design clothes yourself? Do you keep up with style blogs, that kind of stuff?
CB: Oh, for sure. I like to read a lot of the fashion blogs. I studied graphic design in school so I like to design my own t-shirts for sure.