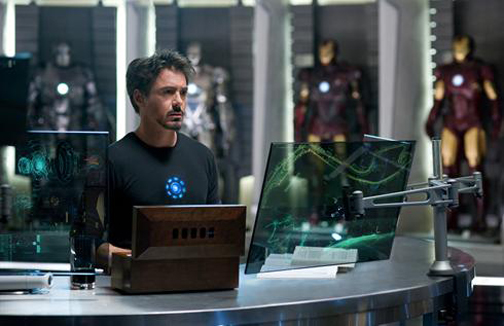 For once, I’d like to put aside my critic’s cap and address this one as a fan. Iron Man 2 was fucking awesome. Worried by the raft of middling reviews (“Too much action! Too many villains! Too much everything!”), I waited until yesterday to see it; a mistake on par with picking Sarah Palin as a Veep candidate. Should’ve had more faith in Jon Favreau and Co., because there wasn’t a moment where I wasn’t completely pleased with what I was seeing on screen.

There’s more going on, yes, but the film kept the plot simple and linear, with Mickey Rourke’s Whiplash always clearly the main villain. The script was as sharp as one would want, with scattered laughs coming all the way through (Black Widow pepper-spraying a guard was a perfect sight gag) and Robert Downey Jr. still electric in the title role. I personally thought Iron Man could’ve done with more action; Iron Man 2 delivered. If it was too much for some, it bears remembering that this is a comic book movie and some of us would like to see things explode and robots punching each other. I thought it was better than Iron Man, believe or not, and am now trembling with tumescent glee at the thought of Thor. In short: Favreau for President.

(Jake astutely pointed out in the comments that an earlier draft of this post had a historically inaccurate analogy. Now, it does not.)