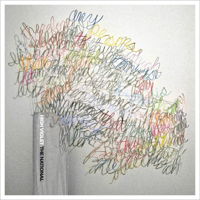 The National’s High Violet presents a protagonist whose world has darkened in the face of the spotlight. The Cincinnati upstarts-turned-Brooklyn scene kings’ narratives have gone inversely bleak as the group’s popularity rises to previously unfathomable heights: a nationwide Google ad, the front page of the New York Times’ website, a YouTube webcast co-directed by Dont Look Back’s D.A. Pennebaker; these are the kinds of things that change lives — and can twist great songwriters into bad ones. Yet, High Violet is not a record that dwells on success.

On 2005’s Alligator, the band’s breakthrough release (and my favorite album of the past decade), singer Matthew Berninger presented a persona that thrived on disaster. “I’m a festival/I’m a parade” he sang on “All The Wine,” positing himself with self-mocking hyperbole as a hubristic anti-hero even as he acknowledged the demons lurking below his high-wire exploits. Boxer showcased that character evolving, even as the band’s constant touring and slow-building critical acclaim raised the album’s stakes. Berninger’s once-raging baritone was toned down, wrapped in chamber arrangements and turned suddenly adult and aware, admitting a desire to “stop thinking of my dick” rather than “ballerina ’round a coffee table, cock in hand.” “Mistaken For Strangers” best captured the band’s growing pains, with a lumbering, laborious chorus tangled up in “the unmagnificent lives of adults” even as Berninger metaphorically instructed himself to “fill yourself with quarters”; like a videogame, lit up and started fresh, perhaps, or a parking meter, doomed to a two-hour limit. The curled-up imagery of his lyrics is less so on High Violet, an album that embraces more straightforward misery.

Those insecure emotions tremble their way to the forefront throughout the set, which also picks up musically where Boxer left off. “I don’t want to get over you,” he sings on “Sorrow,” just minutes after declaring, “I’m afraid of everyone.” Not too afraid to stand his ground, however: “I won’t be no runaway, because I won’t run,” he sings on “Runaway.” A straightforward sentiment, and a somber one: the self-deprecating humor that winded its way through Alligator seems all but absent here, as are the head-turning one-liners that populated it. Why so serious? Age and growing families, perhaps, but mostly, this: a few years back, The National only answered to themselves. Now, they belong to thousands.

As studio artists, I think they’ve become a weaker band for that fact. They’ve made no secret of their recording indecisiveness, even throwing up their hands and publicly giving up on “Lemonworld” in the aforementioned Times piece. Those neuroses are curiously absent when the band steps onto the stage – having seen them a handful of times since the infamous Clap Your Hands Say Yeah tour in 2005, it’s abundantly clear that they’ve become one of rock’s finest, most ferocious live acts. Compare the takes on Boxer’s songs from their White Session — songs tracked in the vacuum of a radio station — with the studio versions, and one can’t help but wonder why they no longer cut loose on their own tape. High Violet is a consistently strong album, but one begging for stand-outs and a shot in the arm, the adrenaline-fueled treatment the songs attain on stage. What they lack in verve here, the track do gain in depth, with the band’s seemingly murky arrangements woven together with rewarding bespoke subtlety.

The National’s best attributes new and old come forward on “Conversation 16,” a song that revels in its quieter details even as it sweats its way forward with Bryan Devendorf’s unparalleled drum work. Uncoincidentally, the song finds Berninger reconsidering past glories: “It was a Hollywood summer,” he begins, before reaching a dramedy chorus: “I was afraid / I’d eat your brains.” It sounds like The National I love the best, proof positive that the band needn’t abandon the savage cleverness that once defined them. In life, the National’s highs, Violet or otherwise, have just begun; as for the record, though, I’ll admit they’re not the only ones whose worries have grown.