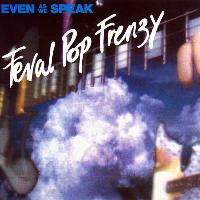 Sarah Records icons Even As We Speak have released three tracks from their classic album, 1993’s Feral Pop Frenzy, via their Web site. As the songs showcase, it was an intriguing time for twee — remnants of Sarah Records’ sweet ‘n’ jangly early sound clash directly with the incoming crunch of Britpop chords and even the rhythmic bent of trip-hop. To these ears, it’s the simplest song, gorgeous guitar ballad “Falling Down The Stairs,” that still sounds timeless. Keep an eye on the group this year — it looks as if they’re working on new stuff and have some fresh compilations on the way.

(Feral Pop Frenzy was released in 1993