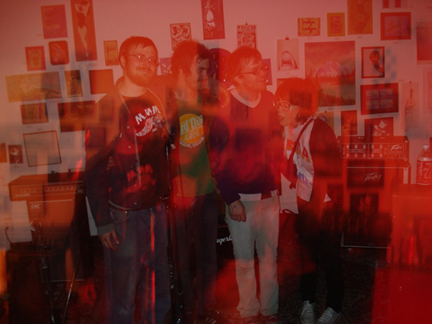 As we wait for The Wrens to put out their once-per-decade post-punk masterpiece, a number of bands have come forward to attempt to fill the considerable void. The latest is Rooftop Vigilantes, a Lawrence, Kansas quartet that’s more Kick-Ass than Dark Knight, all whiskey throats and wild riffs. “Seth No Jump” is short, sour and full of promise — including the likelihood of arriving on a full-length before a certain avian act’s next release. Real Pony Glue is due presumably as soon as the unsigned band finds a label — I suggest you, dear record exec reader, be that label. In the meantime, L.A., the band plays the Echo Curio on Tuesday night.