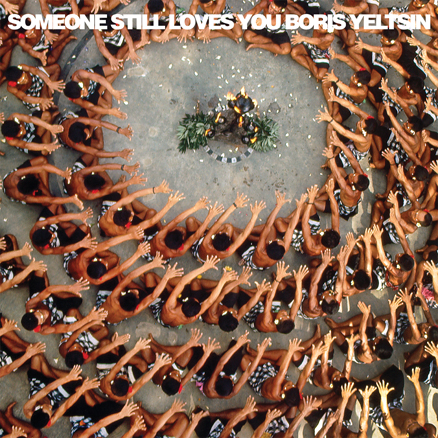 More often than not, Someone Still Loves You Boris Yeltsin is the best power-pop band in the world. Take “Everlyn,” a track custom-engineered by Nobel prize-winning scientists to boggle your mind: After that first magnificent chorus, all cymbals and falsetto, it dips back into verses but careens out into an early bridge — when the second, final chorus comes, it’s with the force of a freight train. Or an orgasm, but let’s not get awkward — the Boris boys have that one handled.

Let It Sway is the group’s third album and first produced by Death Cab for Cutie’s Chris Walla, who adds his John Hancock: mid-range thicker than Sofia Vergara. The beefier sound gives weight to songs such as “Sink / Let It Sway,” whose barre chords burst out of speakers with the ferocious, adorable energy of hungry kittens. The band’s newfound chunkiness means leaving behind some of the feather-light agility of 2008’s still-great Pershing, though, and their goofier sensibilities (see: the vaguely, awkwardly homoerotic “All Hail Dracula”) sometimes miss the mark this time around. They’re best being sincere, as on lo-fi ballad “Stuart Gets Lost Dans Le Metro”: “Got a four-track on your bed… this is for us, not them.” Let It Sway is for you.

(Let It Sway is out now. The band plays Spaceland on Nov. 16 with fellow Walla wards The Lonely Forest.)