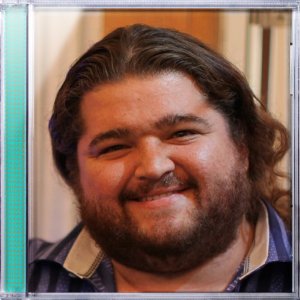 Let’s start with the facts: The first two Weezer albums are incredible, enduring classics. The Blue Album is great and Pinkerton is a serious work of genius — one of the best and still most misunderstood albums of the ’90s. (Note to the universe: It is a totally self-hating diary exhumation and a concept album about Madame Butterfly!) Since then, the band has flailed between outright embarrassment, fan/critic/self-hatred, flashes of brilliance and, for the most part, adequacy. Hurley, the band’s first release for Epitaph Records and also their first with dude from Lost on the cover, continues along this trajectory, presenting Marshall stack power chords, KROQ-ready choruses and pitiful, ridiculous lyrics.

Unlike the group’s last effort, Raditude, Hurley’s surprise-free: three-minute songs, a ballad or two and nothing approaching the insanity of “The Greatest Man That Ever Lived.” “Run Away,” with the addition of acoustic guitars and swaying backing vocals, almost approaches Replacements territory and is the disc’s only truly worthwhile moment. That it comes after “Where’s My Sex,” one of the worst tracks in the Mariana-plumbing Weezer catalog, is par for the course at this point. The second half has the better stuff — “Run Away,” “Hang On” — but if you manage to get that far, you’ll wonder why you’re not listening to Jimmy Eat World, or Paramore, or any band that’s ever released a competent alternative rock record in the last 10 years. If you make it to the end of “Smart Girls,” you’re a better man/woman than I. (Is it better than LCD Soundsystem’s “Drunk Girls,” though? It just might be.) Update: Our pals at TwentyFourBit report that “Run Away” is the infamous Ryan Adams collaboration, which explains the ‘Mats influence, and Rawkblog hero Michael Cera sings and plays guitar/mandolin on “Hang On.” So, you know.

Like basically every post-Pinkerton Weezer release, Hurley is a two-and-a-half to three-star record made unlistenable by the zombie band behind it, oozing puss, smelling of some unknowable tragedy and so gruesome and sad you can’t look away — time after time after time. Unless you’re 15, in which case, hey, new =W= album! Let’s post our favorite songs on Tumblr!

(Stream Hurley on Weezer’s MySpace, if you want to ruin your day)