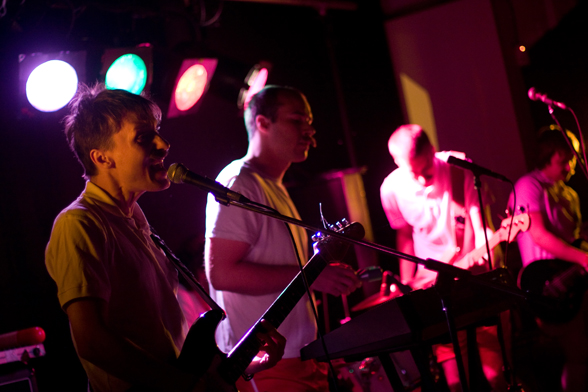 The Car is On Fire / all photos by David Greenwald

I was lucky enough — and I do mean that — to attend this year’s In the City festival and conference, the event’s 10th year and first, as far as I know, in Manchester. My panel ran on Wednesday afternoon last week, which meant I had nothing to do for the next three days but see bands and enjoy British beers. I did more of the latter, but I did manage to catch a few acts. MP3s, Photos and thoughts after the jump. 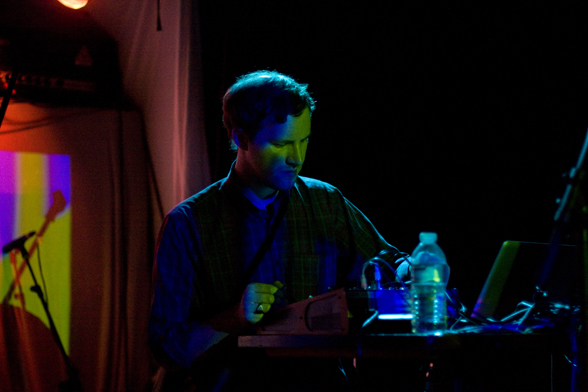 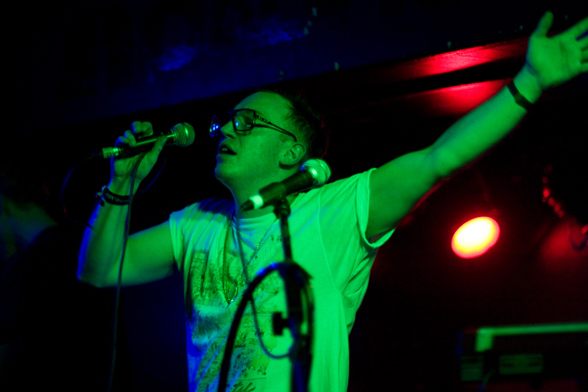 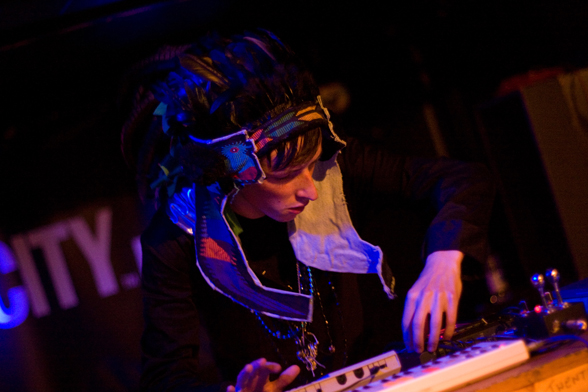 Totally Enormous Extinct Dinosaurs, one guy in a headdress and dino-tail, put on a wholly engrossing set of post-bloghouse. The U.K. answer to Baths. 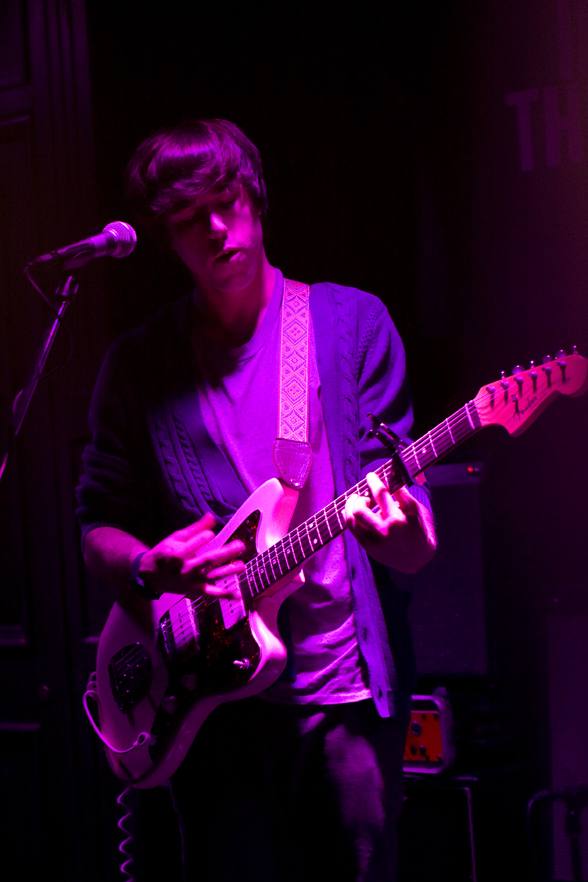 Kisses: The L.A. band eschewed the beat-making of their debut album in favor of a more straight-ahead, still romantic full-band sound. 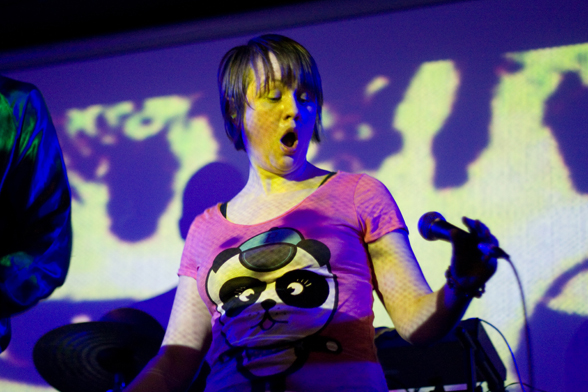 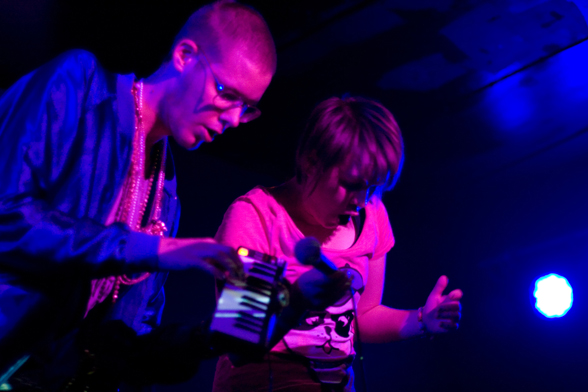 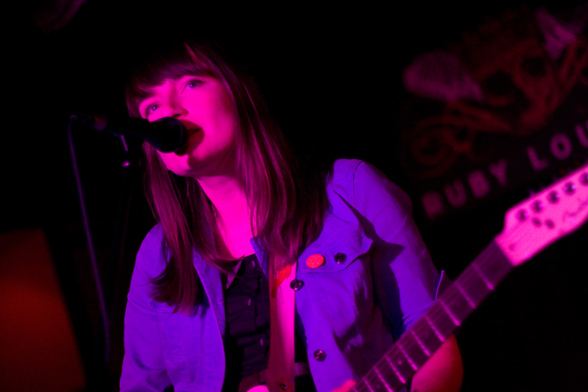 Sky Larkin: To use this sentence construction one more time: The U.K. answer to the Yeah Yeah Yeahs. Or maybe to Maritime. Either way, the best guitar rock of the week, especially when they dove into song-of-the-year candidate “Still Windmills.”

More ITC: My take on the L.A. invasion of the foreign festival is over on Brand X; see photos and listen to my “Blogging in the U.S.A.” panel.