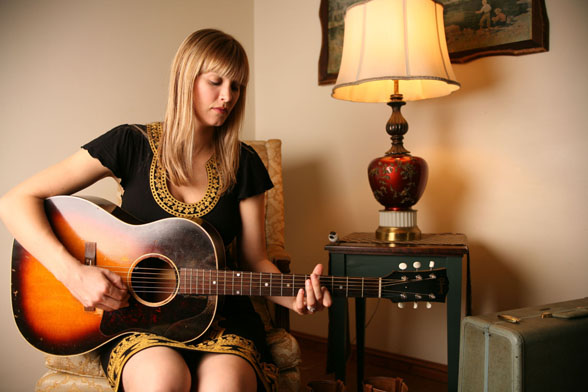 Jill Andrews, formerly of the Everybodyfields, may be one of alt-country’s most under-sung talents. In 2009, she self-released a self-titled EP full of the kind of solemn, sweeping songs favored by Hem or 29-era Ryan Adams; she’s now at work on her debut full-length, The Mirror, which is due in March. To help fund the project, she’s turned to Kickstarter — throw in a few bucks and your ears will thank you. Here’s the EP’s “Sweetest in the Morning,” which you can download for an e-mail. [Kickstarter]