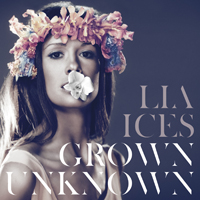 Lia Ices’ Grown Unknown, the follow-up to 2008’s underrated Necima, reminds me most of vintage Sarah McLachlan. Though Ices trades in her predecessor’s Vh1-ready pop momentum for more intricate, idiosyncratic ballads, both have a way of wringing subtle but serious anguish out of every syllable. Ices is unlikely to play any of this record at awards ceremonies or public funerals over the next decade, but if I had to pick an “Angel,” it’s the trembling “Love Is Won,” a song that begins with a piano and voice and makes its way through a gentle Procul Harum daydream. Ices continues to thaw on “Daphne,” a finger-picked folk song not even a Bon Iver appearance can ruin, and the click-clacking title track bristles with danger as it shifts from a rain of percussion to galloping guitar chords. She may grow further still, but Lia Ices’ latest is an album that demands to be known.

(Grown Unknown is out now on Jagjaguwar)