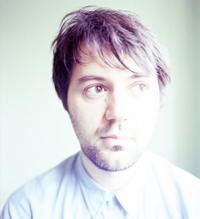 A friend described this as Ariel Pink’s Twin Shadow, and that’s about right (except that I don’t like Twin Shadow and this is fantastic). Gatto Fritto, a new act that arrived in my inbox yesterday, plays minimalist space-disco — sex jams for microbes. The group’s first single, “Hex,” reminds me of the similarly subtle terrain being explored by L.A.’s Evan Voytas, whose careless whispers should also be on your radar (and your quietest dance playlist).

(Gatto Fritto is due April 26 on International Feel)