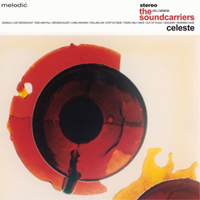 In the wake of Broadcast singer Trish Keenan’s untimely death, it’s reassuring to realize how influential the group was in the time they had. On sophomore album Celeste, U.K. act The Soundcarriers draw from the band’s space-age retro-future amalgam, pairing dispassionate psych harmonies with Krautrock grooves and coy pop hooks. “Last Broadcast” opens with a lockstep mission statement; elsewhere, “Step Outside” leans deeper into “Age of Aquarius”-era pop and the twinkling “Out of Place” offers an atmospheric ballad tied to Earth by resolutely busy percussion. It’s crisp, well-executed stuff — and, though unintended, a worthy tribute to a woman who helped make it possible.

The Soundcarriers – “The Last Broadcast”: mp3

(Celeste is out now on Melodic UK)