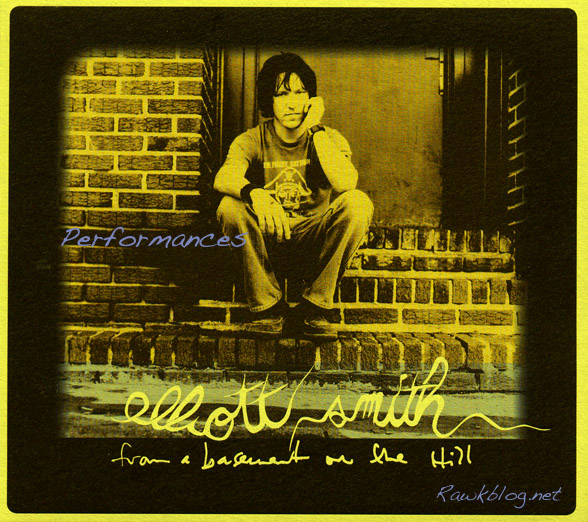 I made this compilation in the 18 months or so between Elliott Smith’s last shows before his death and the studio release of From a Basement on the Hill. I love the album now, but in many ways, I still prefer these takes — given the posthumous nature of Basement, it’s nice to have at least one version that’s pure Smith. Many of these songs date back a ways. “Let’s Get Lost” was performed (and recorded) as early as February 6, 2001 and December 20, 2001, as far as I know, but I went with a 2003 version. However, the first recording of “King’s Crossing,” from October 14, 1999, is my favorite take on the song. Enjoy, and there’s much, more more on the Elliott Smith archive page. (Got a better version of one of these songs? Please send it over.)

Elliott Smith – Performances from a Basement on the Hill: Download .zip

Here are a few of the tracks: