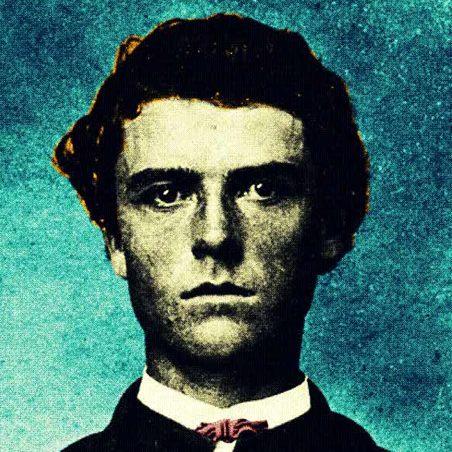 Note: I wrote most of the below last week, then I read the very important Tegan and Sara open letter and wrote this instead. Also, I watched Kick Ass over the weekend and it was a lot more fun.

* Tyler, the Creator, is a 20-year-old MC and producer who fronts the Los Angeles hip-hop collective Odd Future. He is very angry about not having a dad but likes getting his dick sucked.

* His favorite producers are the Neptunes. This is evident on Goblin, which at times shimmers with that group’s classic minimalism and metallic keyboard edge. None of these beats, however, are as formally interesting or as memorable as anything on Clipse’s Hell Hath No Fury.

* Tyler did not make this album for you. He made it for 20-year-old male Call of Duty players with girl problems and broken homes. Offended? Maybe be offended that the Congress you elected is doing everything it possibly can to obliterate women’s reproductive rights. Maybe be more offended that we’re talking about whether or not a moderately likable rap record is “O.K.” to listen to instead of petitioning Congress to not make abortion borderline illegal. I’m just saying!

* In the opening minutes of the title track, Tyler admits that he is not a rapist or a murderer. He denies being homophobic. This does not stop him from later rapping about killing people and using the homophobic slur/synonym for a pile of wood “f—–.” Arguing about this stuff, as critics have done for months without reaching any conclusions, is incredibly silly, but someone should tell Tyler that shock value (and the public “just kidding y’all” excuses) starts to wear off when it’s repeated ad nauseum over an entire album. That someone is probably Fred Durst.

* Tyler’s a charismatic M.C. and a reasonably clever lyricist, but frankly, he doesn’t have a lot to rap about — compare his brand of career and familial angst and introspection with, say, Kanye West’s. It’s comparing a 20-year-old to a grown man (and a gigantic celebrity with the accompanying life experience), yes, but it means Tyler has some growing up to do. See also: Fred Durst.

* Occasionally, he gets sensitive — then drops the word “c—,” ironizing even his most vulnerable moments. Tyler seems incapable of presenting anything without offering both a public and private duality, an intelligent concept but one that, again, gets tiresome over a hefty 70+ minutes.

* Too many songs about getting their dicks sucked, not enough dick-sucking jokes in the songs. Did Odd Future learn nothing from Wu-Tang? Or even “Risky Business” by Murs?

* Tyler has been compared a lot to Eminem, but there are a couple of key differences (yes, besides the fact that Em’s white, nice try): aside from his dad, Tyler raps about doing unthinkable deeds to anonymous figures and generic groups; he might as well be talking about his Halo score. Em rapped about killing his colleagues (“Dr. Dre’s dead / locked up in my basement”) and his sometimes-ex wife with horror film specificity. But more importantly, Em balanced the sheer terror out with actual humor, in his videos, his wordplay and his delivery. Was he crazy or a comedian — or a bit of both? It was tough to tell, which is why The Marshall Mathers LP is a classic and Tyler’s one-note antagonism won’t make the 2011 year-end lists.

* The dirty little secret of Odd Future is that they’re all infinitely more charismatic as personalities than they are as musicians, Tyler and his Day-Glo wardrobe and Twitter account included. Though its doom ‘n’ gloom grows tiresome into the second half, Goblin‘s a thoughtful, intermittently arresting album — but he can and probably will do better. In the meantime, Odd Future have unfortunately become Sarah Palin: controversial for being famous, talked about because they’re being talked about. No one wants to be left out of the conversation, even if it’s one that Tyler is trying to have with himself.