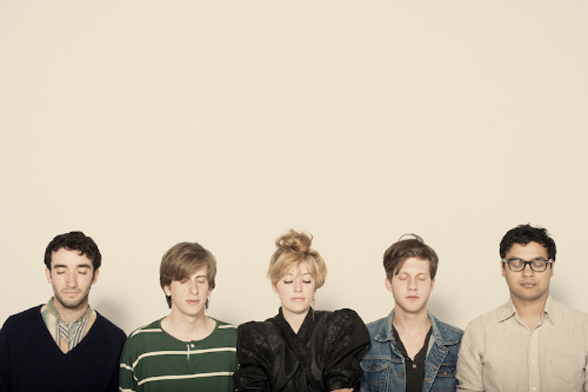 So much for the afterglow. Twin Sister’s “Bad Street” places the band firmly into pop territory, abandoning the low-budget atmospherics of the Color Your Life EP like last year’s blog posts. Over nearly five minutes, the song touches on Ariel Pink-shaded call-and-response vox, electro-disco vibes and hypnotic repetition for a track that’s as rabbit-hole strange as it is bright and clean. The band’s only real failing on Color Your Life was launching into tangents blind-folded, not knowing which way to turn next. Here, an unpredictable road map comes better than none. I’m reasonably sure “Bad Street” doesn’t actually have a chorus; I’m totally sure I love it. The band’s full-length debut, In Heaven, is due on Domino on Sept. 27.