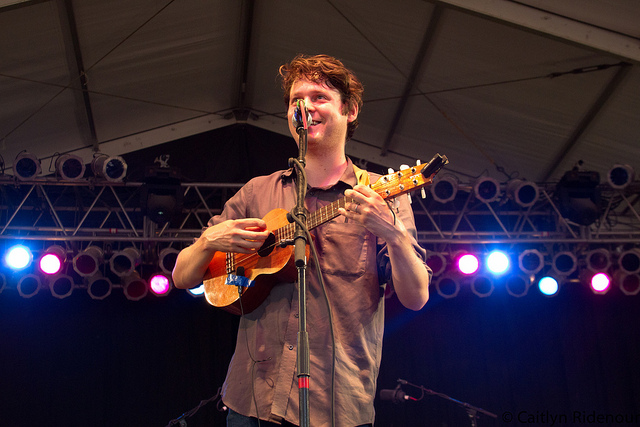 Like a blue-chip stock, the music of Beirut is dependable without much room for growth. Listening to the band’s latest, The Rip Tide, one gets the feeling Zach Condon’s songs are unlikely to ever step left of the middle of indie-rock’s Starbucks-bound road. There’s nothing wrong with that, of course; somebody has to be the genre’s Norah Jones. But the new album does offer one stand-out: “East Harlem,” a strident piano-pop cut that’s colored in by gently clacking drums, a sub-Sufjan “triumphant” horn section and guitar (ukelele?) sounds so ramshackle-quirky, I wouldn’t be surprised to see Zooey Deschanel or Winnie-the-Pooh strumming along in the music video. Yet the combined cliches make for a startlingly fresh recipe — and the only song on the record that doesn’t make me wonder why I’m not listening to Jens Lekman instead.