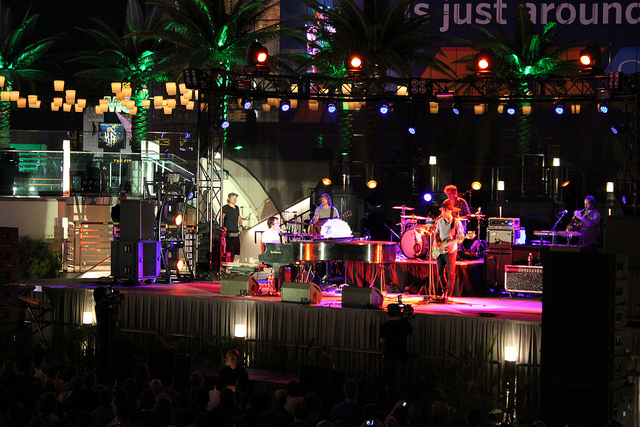 Ben Folds / photo by the Cosmopolitan of Las Vegas

It was a big week for new songs! Here they are:

* Ben Folds Five’s “House,” the band’s first release in a decade. They have two more coming on Fold’s upcoming greatest hits plus a reunion album (!) in the works. It’s a good song — a little overblown and melodramatically arranged, but it mostly sounds like Ben Folds Five. Which is about as good as a band can sound. Hear it at NBC.com.

* Ryan Adams’ “Lucky Now”: the first track single from Ashes & Fire, is as somber and simple as promised. The new record will probably include 0 references to werewolves, for better or worse.