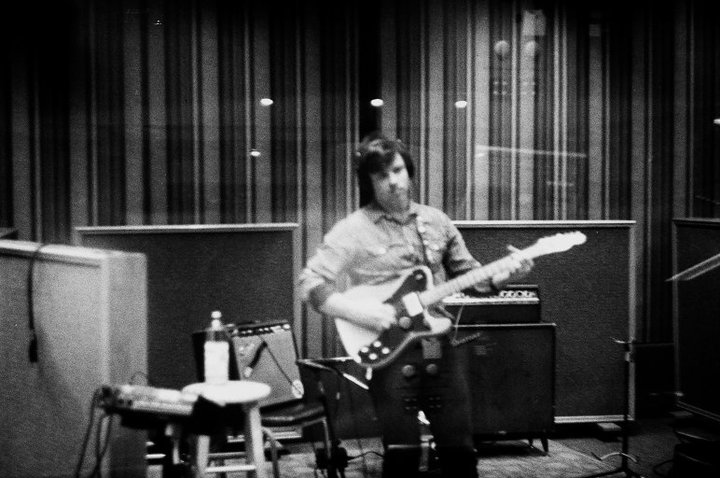 The notion of objectivity is always a convenient ruse in pop criticism, but I have to admit I’m probably not emotionally equipped to tell you what I saw last night with any degree of reality. I might as well have been watching the Beatles. Yes, dear reader, I am a Ryan Adams Fan, and last night he played maybe the best concert I’ve seen in my life. It helped that the performance came at Largo, the only club in Los Angeles — maybe the world — where there are no cell phones, no cameras, no conversations, no clinking drinks, where artists truly let their hair down and take their shoes off and play the kind of shows you wish they’d play every night.

It was a secret show, an actual secret and not a secret sponsored by a deodorant brand or revealed on Twitter three days earlier, but somehow Ryan nerds found out: he took the stage to a standing ovation and got (deserved!) laughs for pretty much every line of banter for the next two hours. A friend in high places found me a ticket and put me on the free drinks list at the Roger Room afterparty, so, you know, full disclosure. The music was spectacular: the first set found him playing the “hits” (four songs from Heartbreaker, a handful from Gold and Easy Tiger, four of the new songs from lovely, somber Ashes & Fire) with the careful tenderness that has characterized his 2011 touring. His voice was miraculous, easing from delicate falsetto to full-throated choruses like a very expensive car changing gears. In the encore, he brought out the deep catalog jams: he closed with 29 classic “Strawberry Wine” (validating this writer’s six years of solitary 29 fandom) after playing through “Carolina Rain,” Love Is Hell‘s “My Blue Manhattan” and “Please Do Not Let Me Go,” Whiskeytown’s “16 Days” and “Jacksonville Skyline,” “Everybody Knows” and Gold b-side “Cannonball Days.”

He seemed jovial but twitchy, shifting about his chair and tuning neurotically between each song; nevertheless, once he began strumming, he played with complete confidence. Some of that uneasiness seemed performative in itself, with several of his jokes taking aims at the expectations that have wrongly dogged his career: “Alright, back into character. No laughing. That’s not allowed in alternative country,” he said early on. (An even funnier joke regarding Pitchfork and the reverb use of “cool bands” arrived later.)

It literally could not have been better. (I mean, he could’ve played “Anybody Wanna Take Me Home,” I guess.) Through another miracle, I’m seeing him again tonight at Hollywood Forever; I will report back. In the meantime: if you are going to see a Ryan Adams tour, this is the one.

Related: On Rawktumblr, a full setlist and more of his semi-verbatim jokes.