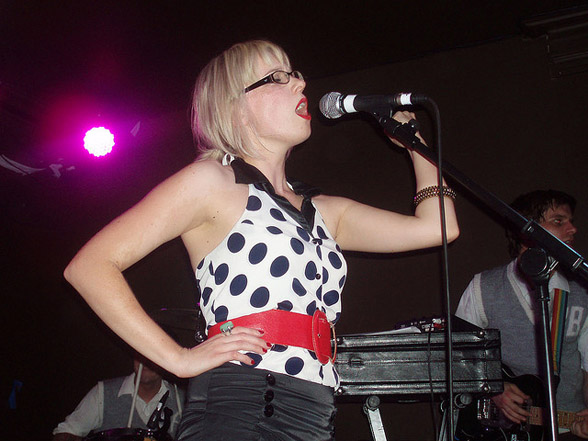 Rebecca Stephens has a couple of things going for her: As RiotBecki, she had the best nickname of her polka-dotted pals in the 2006-era Pipettes (In blog years, We Are The Pipettes dates back roughly to the death of Christ) and she also took lead vocals on the group’s best song, “Tell Me What You Want.” Like fellow ex-Pipette Rose Elinor Dougall, Stephens now has a band of her own, the Projectionists, who I’ve been patiently following on various social networks for a year waiting for an actual release. It appears the group’s debut EP will land at last in January; if you liked the Pipettes, you’ll like this. It’s bright, clean, guitar-driven indie-pop, not jangly enough to be twee but certainly not lacking Stephens’ past group’s sense of fun. Judging by the new tracks, it’ll be a nice companion to Dougall’s more blustery, excellent solo efforts. Maybe they should start a band.

I Never Wanted Anything by Projectionists