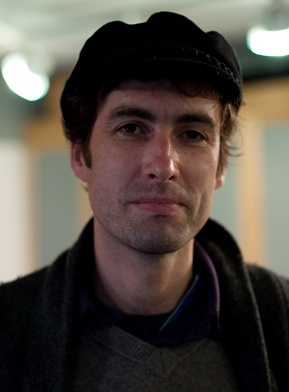 In the interests of sharing what I was listening to in between clicking “x” on Soundcloud pages and taking cranky notes, here are the pre-2011 albums I gave the most spins to (or discovered!) this year. All tremendous stuff and almost all of them are better than any 2011 albums.

Standard Fare – The Noyelle Beat (2010)
An album so great and life-affirming that I felt compelled to tweet about it nearly every time I put it on. (I suppose that’s damning with faint praise.) Turns out we’ve been doing emo wrong all these years — it took the Brits to nail it. If you’ve heard better guitar tones than the opening chords of “Love Doesn’t Just Stop,” I don’t want to know about it.
>> Listen on Spotify

The Softies – Winter Pageant (1997)
Decided after all these years that this is my favorite album ever, narrowly topping Elliott Smith’s Roman Candle. Unstoppably gorgeous and more rewarding than ever after literally hundreds of plays.
>> Listen on Spotify

Steely Dan – Aja (1977)
I’m not sure when all my friends decided it’d be a great idea to get into Aja by Steely Dan. But I couldn’t be happier that we did. The unironic Dan revival never quite peaked like the Hall and Oates one did, but that’s fine — Aja is for the discerning. Full disclosure: I sang “Peg” at vacation karaoke at the silliest bar on Catalina island and it was a top five moment of my year.
>> Listen on Spotify

Todd Rundgren – Runt: The Ballad of Todd Rundgren (1971)
Why didn’t my dad tell me about this?
>> Listen on Spotify

Andrew Bird – Noble Beast (2009)
You can’t approach Noble Beast looking for hooks. It’s a feast of aesthetics, a record you have to absorb on a good stereo with a warm cat in your lap. I shrugged it off when it came out (thought the songwriting was too loose), but that was a mistake.
>> Buy from Fat Possum

Harvey Williams – Rebellion (1994) and California (1999)
I went through a period of genuine obsession for two or three weeks with these records. Sentimental, funny and occasionally quietly mean-spirited, a weirdly refreshing twee rarity. Rebellion is the slightly better of the two.
>> Listen on Spotify

Mighty Clouds – Mighty Clouds (2010)
Mighty Clouds is one of those records you put on when you don’t know what to put on and then you realize you’ve played it 20 times. Fred Thomas is a straight-up pop genius on par with Kevin Barnes, Miles Kurosky and whoever you’d like to pit him against. If you are the owner of a Girls record, you should probably buy 10 copies of this.
>> Listen on Spotify

Always – Thames Valley Leather Club and Other Stories (1988)
A straight-up lost classic from the New Wave era. Doesn’t really sound like anything else. Unhinged yet wonderfully tuneful. Thanks to the remarkable blog Bigger Splashes for pointing the way.
>> Listen on Spotify

Buddy – Alterations and Repairs (2007)
Lovely proto-Death Cab sadcore. Came out five years too late for anyone to notice. I found the band in someone’s SXSW 2011 write-up, despite the fact that no one else seemed to know they’d been there.
>> Listen on Spotify

Curren$y – Pilot Talk I and II (2010)
Nobody put out better rap albums than this in 2011. Why did we not spend the entire year talking about “Breakfast”?
>> Listen on Spotify

The Long Winters – Discography
I renewed my appreciation of the brilliantly lyric’d power-pop band this year in anticipation of their new album, which is currently hiding out in the indie witness protection program. Even their apparent filler songs are tiny slices of genius.
>> Listen on Spotify