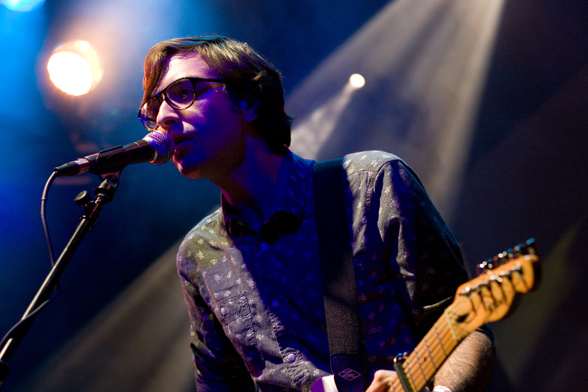 Coachella 2012 will run on two weekends in a row, an expansion that feels like it could backfire: will Radiohead’s second headlining set feel as meaningful for those who’ve already watched the videos on YouTube and Pitchfork.tv? Will the bands, festival paychecks in hand, snooze through their second performance? Or will the divided dates return Coachella to the chill glory of its pre-Hills invasion early years? (More importantly: will someone give me press passes to cover all six days? Do I have enough sunscreen? Will Destroyer’s set get anyone pregnant?)

I’ve got questions. Answers will have to wait. In the mean time, the festival announced a pretty serious lineup last night. Find the full list on Coachella’s Facebook page and the bands I’m most excited about below:

Notes: There are lot of great bands buried at the bottom of Sunday’s list. I’m surprised Wild Beasts likely aren’t positioned for a sunset 6 p.m. slot — their music is dark and romantic and totally compelling in a way that 2 p.m. heatstroke won’t help. Then again, Deerhunter were stuck with the same billing in 2010. My must-see here is At the Drive-In, the late ’90s/early ’00s emo titans who fractured into the painfully inferior Sparta and the Mars Volta. If they can recapture the magic, it’ll be the most visceral show of any 2012 weekend. It’s great to see a Jeff Mangum California date, finally, though billing him a line below Bon Iver feels unforgivable. Day 2 in general looks spectacular: my only concerns are that groups such as Destroyer and St. Vincent and Laura Marling will wind up 1) off of main stages and 2) all playing at the same time. If I can see Dan, Annie, Laura, Andrew, Jeff and Thom in the same day, while simultaneously playing Portlandia on my iPad, I’ll pee myself. For eight hours straight.

Will you go this year? Any bands you’re excited about?