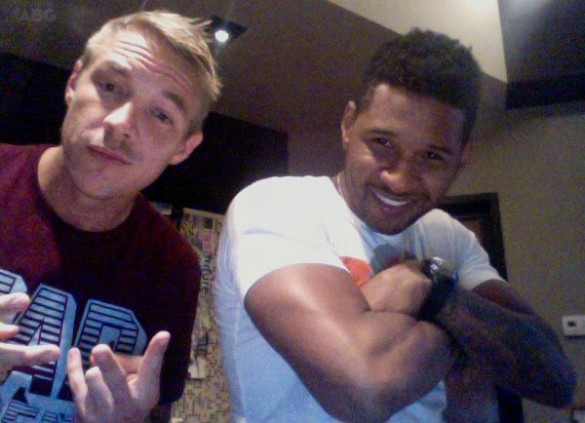 Considering selections from Beyonce’s 4, and Kanye West’s My Beautiful Dark Twisted Fantasy before it, it’s becoming undeniably clear that the artists in the best position to make ambitious music are no longer operating in underground rock. Usher’s “Climax” is another staggering effort in the mainstream R&B and hip-hop world’s improving bid for artistic relevance, a Diplo-produced slow-burn that might be both musicians’ best track yet. Usher, miles removed from his past club/love comfort zone, unleashes an impassioned falsetto that exudes vulnerability with total confidence. The beat’s an equal star — its minimalist, percussion-driven electro recalls SBTRKT’s excellent collaborations with Sampha, one of my 2011 favorites.

The beat teases dubstep inclinations without succumbing to them, its intensity rising in waves only to go weightless before an expected drop. Then it hits the high of the Nico Muhly-orchestrated bridge and you start wondering how many times you can buy it on iTunes to return the favor. This is the best of what 2012 can sound like: veteran talents taking chances and laying both their talents and their guts on the line with the total focus that superstardom allows. Like it or not, this is the next “Paranoid Android” — but I think you’re going to like it. The “Climax” single is due Feb. 28.