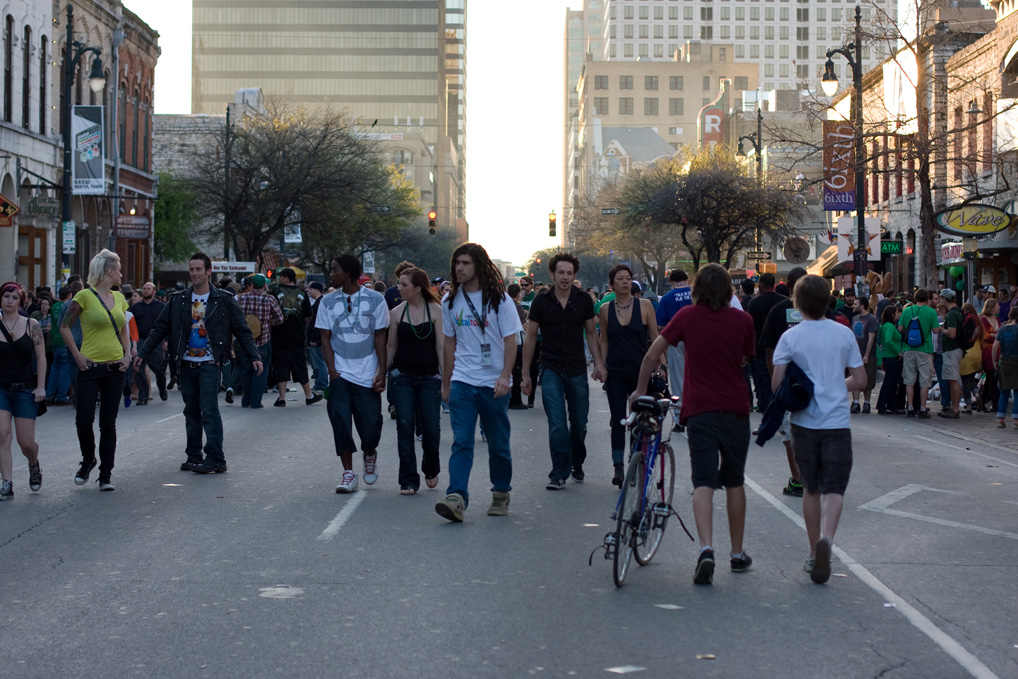 With SXSW coming up (and many of you sick of it already, no doubt), I asked a few of my favorite bloggers for their Austin essentials for next week. Here’s what they said:

Music: Michael Kiwanuka
I was hipped to Kiwanuka in Paris last Spring with only the caveat of “you’re going to fucking love this.” It’s true, I do. I’ll spare you the laundry list of influences only to say that it’s about time someone picked up the torch from Terry Callier and Bill Withers. I caught one of his few U.S. dates last December in L.A. and it did not disappoint. Highly recommended.
— Justin Gage, Aquarium Drunkard

Music: Salva @ Barcelona, March 15
Over the last 24 months, Friends of Friends has quietly become one of the city’s best electronic imprints, emitting heat from Shlohmo, Ernest Gonzales, and Groundislava. The best DJ of the bunch might be Salva, whose own beats bounce from boogie funk to heavy bass to dubstep before the dub got excised. He’s playing at the label’s day party on Thursday at Barcelona — the festival’s go-to dance music haven that serves as default late-night spot for those who find themselves restless, drunk, or drugged.
— Jeff Weiss, Passion of the Weiss

Eat/Drink: The Hideout, 617 Congress Ave.
Many years ago my good buddy and Austin-explorer Frank Yang led me to The Hideout for coffee and I don’t know that I’ve ever sipped beans at another Austin location since. They do a lot of helpful stuff for SXSW, like several kinds of ready-made, fresh breakfast burritos and (seemingly by magic) keep the long line moving quickly.
–Matt Jordan, You Ain’t No Picasso

Eat/Drink: Guero’s Taco Bar, 1412 South Congress
I’m in no way suggesting that Guero’s is the best Mexican in Austin – that would require extensive and in-depth research which I volunteer to conduct on someone’s behalf (and expense account) – but it is my favourite.  Located on South Congress about a 15-minute walk from downtown, it offers great Mexican, strong margaritas (consider yourself forewarned), bottomless chips and queso), and most importantly an excuse to get the hell away from 6th St and sit down and have a proper meal. They also host the South By South Congress unofficial SXSW party, so if you need to use seeing a band as an excuse to head down there, there’s that.
–Frank Yang, Chromewaves

You can get more picks in my 13-page unofficial guide, available as a $1 PDF or Amazon e-book.