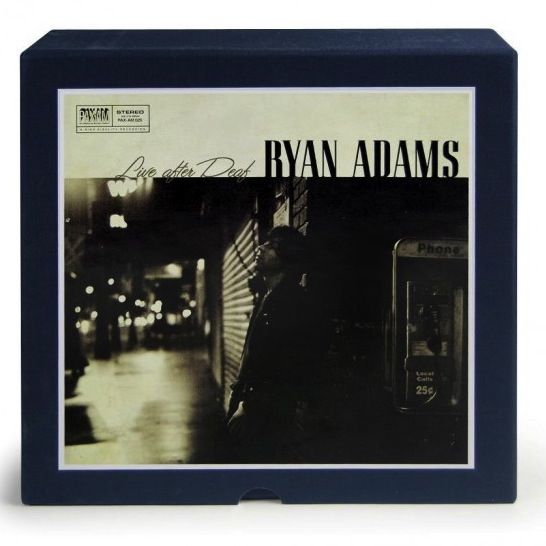 Ryan Adams’ much-anticipated (if you’re a nerd) live collection Live After Deaf drops at 4 p.m. EST today, or will if it doesn’t crash his website as it did with Friday’s aborted release. The live set, his first such official collection, includes 15 vinyl discs outfitted with 144 songs and an extra 74 included in the digital package. Adams hasn’t released a track list, but having been to four Adams shows this year, his set lists didn’t cover 200+ songs. My guess is that we’ll get a half-dozen complete shows spread over two LPs each, including his terrific stage banter. It would seem strange to include six random versions of “My Sweet Carolina” without that sort of context, especially given they’ll all sound quite similar — and since Adams did release a live iTunes Session this year already.

And then there’s my personal conspiracy theory: what if this is actually the box set that fans have been faithfully waiting for all this time, with Suicide Handbook, 48 Hours and his other numerous, album-length unreleased sessions? It’s a stretch, yes, but a 15-LP live box set is indulgent even for Adams, especially given the same 10-15 songs anchored his whole tour. Regardless, the whole package comes for a ridiculously fair $130 plus shipping. At this point, I’ll be happy to have the chance to pay anything for it. Head over to Adams’ web store at 4 p.m. EST and cross your fingers.

Update: Per this official tracklist image, it’s going to document his entire European tour from last year, which marked his first dates since going on hiatus. Awesome.