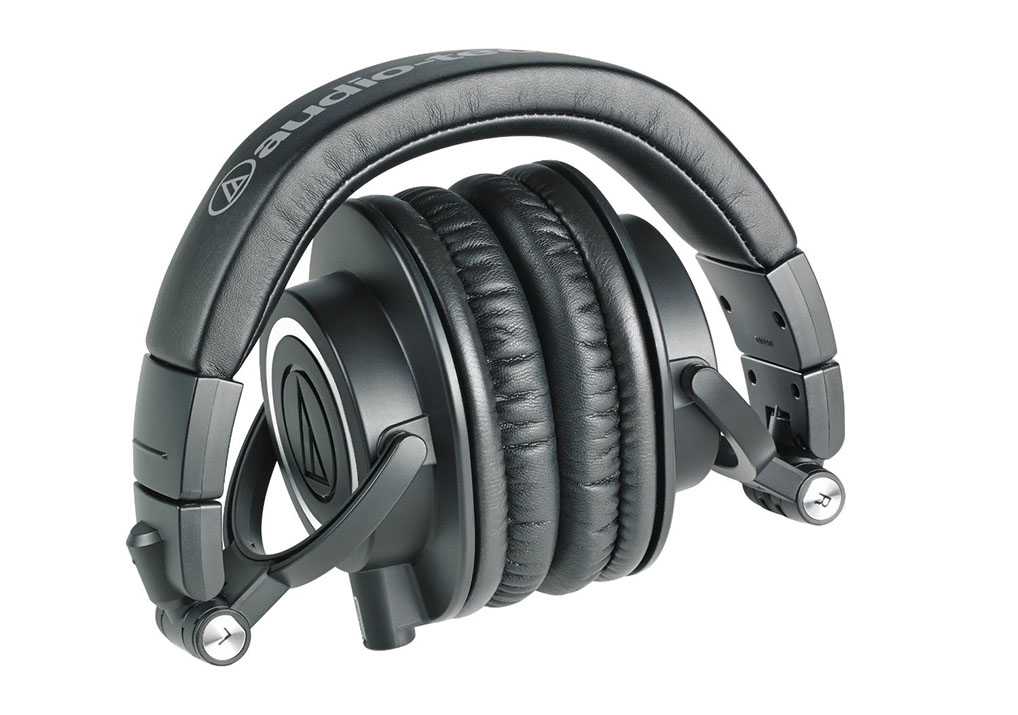 I am not a person who worries about small decisions: where to go to dinner, for instance, or what to order once I’m there. It’s the bigger ones that wreak havoc on me, and it’s not even so much the size as the duration. If I’m going to do or buy something I’ll own or use or enjoy for months or years to come, that’s when the anxiety comes. (Somehow, getting married was easy.)

In the Oregonian last week, I wrote about buying a new pair of headphones, an overwhelming process that I had to cut short for sheer necessity. I listen to music, among other things, for a living, but I figured my needs were simple: I needed a set of modestly priced headphones with studio-style accuracy and no fancy bells, whistles or external DACs. I work in an office, so I’d opt for close-backed instead of open. One would think that would trim down the market to a few obvious options.

To a point, it did: the Sony MDR-7506s were a Wirecutter pick and probably the most widely used set of cans in the industry. But their isolation’s not terrific and I didn’t think they’d be much improvement over the Sony MDR-V6s, the solid but entry-level set I’d been wearing out for the last decade or so. A couple of engineer friends recommended Audio-Technica’s M50s as an alternative, my brother happened to have a pair and after a few minutes of listening, they were pretty clearly great for my needs: strong isolation, a neutral, perhaps slightly bass-leaning sound, and excellent stereo detail.

Problem solved, right? Until I thought, well, I’ll look around a bit more. That was a mistake. The $100-$300 headphone market is a flood of product and arbitrary opinions. Without rewriting my Oregonian piece, what surprised me most wasn’t so much the range of brands – Audio-Technica, Sony, AKG, Sennheiser, Grado, Denon, Beyerdynamic, Bang and Olufsen, and ones I didn’t consider, like Bose and Beats – but of variations.

Audio-Technica alone makes a “professional studio monitor” line, noise-cancelling, “solid bass,” high-fidelity (higher than the studio monitors?!), DJ, gaming, two varieties of sports styles — it’s just ridiculous. If you drill down to the specs, a pair of red DJ headphones actually have more sensitivity and a broader frequency response than the M50x, the top-grade, and more expensive, studio option, which I might have learned if I’d been willing to spreadsheet like 500 headphones. Among the studio monitors, A-T makes four different pairs, which range from the $49 20x (the Amazon street price) to the $169 50x. The 30x is 20 bucks more than the 20x and the 40x is another $30 on top of that. I’ll go ahead and ask: why?! Who needs this?

This isn’t a disposable product, nor is the brand a fashion statement. As something you might use every day, it’s an investment piece. Am I, the consumer, supposed to be truly convinced that the $20 separating the 20x and the 30x is a meaningful distinction, when two more headphones are hovering above it?

There’s a certain logic and psychology in having tiers: some will buy the cheapest option by nature, while others will reach for the luxury item; pragmatic individuals looking for value, like me, will land somewhere in the middle. But that’s three options, not four.

It’s not just headphones, an industry obsessed over by message-board nerds who often seem to care more about velour pad hacks than actually listening to music. When I moved to Portland last summer, it occurred to me that for the first time, I’d actually need a wardrobe for cold weather. I decided to start with wool socks. The factors here go beyond simple to essential: warm. Comfortable. Not sweaty. O.K., and dryer-safe, too. 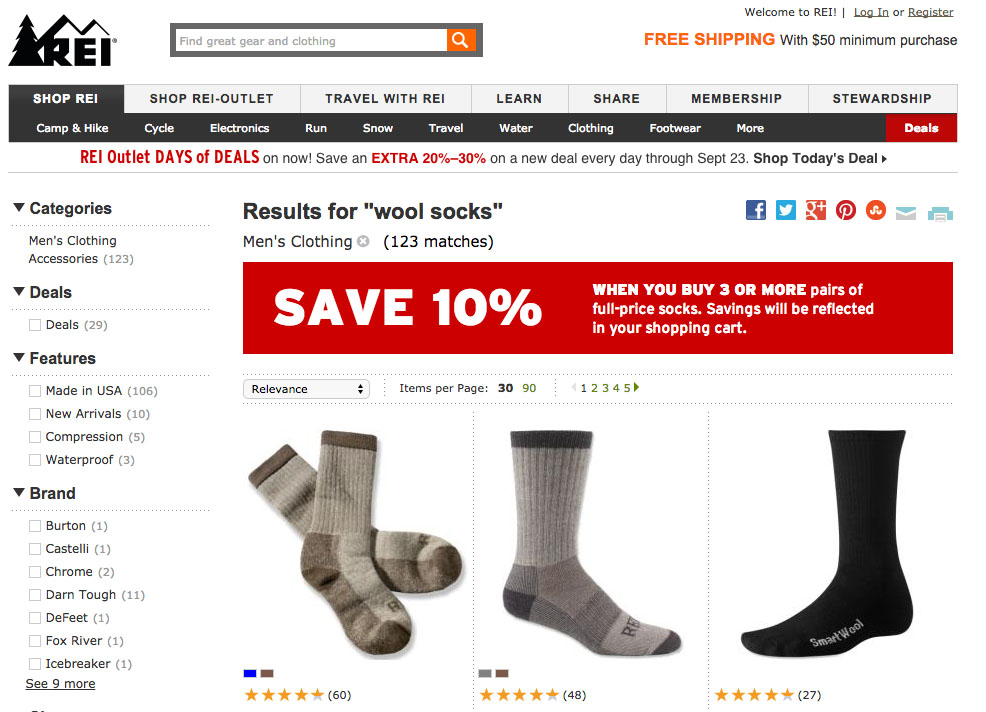 I cannot believe that America’s sock-buying male population needs or wants or can financially support 123 types of socks. I think we need about seven or eight in about three colors each. Light-weight, middle-weight, heavy. Snowboard, boot, crew, no-show. That’s it: that’s the entire wool sock industry. Let’s not even get into cotton. (“Camp socks,” I’m here to warn you, are bullshit.)

Socks, thankfully, are a lot cheaper than headphones and I needed to stock up, so I settled on a style — medium-weight hiker, which would fit in sneakers or boots if need be and handle moderate Portland winter just fine — and ordered it in five or six different brands. And just like with headphones, with Sonys, Sennheisers, Denons and Audio-Technicas all offering their own sonic wrinkle for what would seem to be the same particular product, the differences were significant. Some were thicker than others. Some were scratchy and itchy; others felt a bit plastic. Some were easy victims to the washing machine.

Eventually I found a kind I liked: Land’s End, which only makes two kinds of boot socks, by the way. The good kinds. In the sock world, too, there is some consensus: everybody loves Smartwool, which even has smart in its name, except that the socks are $5 or $10 more than everybody else’s. Smartwool makes 23 kinds of hiking socks, which makes me want to strangle a sheep.

Sometimes walking into a store can help cut down on the stupidly infinite choice of the Internet: the audio stores I walked into only had so many headphones on the wall to compare. I had to buy a pair of hiking socks on Sunday in a rush to report on an Oregon fire and reached for a pair of Wigwams because they were on the shelf. Aside from a 10% shift in the wool ratio, they look and feel identical to the Land’s End socks, so now I have two brands to count on.

But Wigwam, too, makes dozens more socks beyond the ones so obvious that they sell them in stores, and I worry about what that means. It’s difficult to know if all of these options and price points and fractional differences are really filling market voids or just creating confusion and waste and a kind of erstatz demand. Our caveman brains are not really cut out to deal with this many options, this many pairs of socks. Buying things feels good: Having one means not having another, which means buying that one later feels good, too. Feels: not is.

In director Gary Hustwit’s 2009 documentary Objectified, he glosses across heroes (Jony Ive!) and staples of modern industrial design before driving off into an inevitable gulf: all this shit has to end up somewhere, and that somewhere is the trash heap. Everything is destined for the pile after it breaks or worse, we find something better or flashier for our itchy credit cards. Even Apple, with a product lineup that’s a model of simplicity and utility, would probably prefer it if you bought a new phone every year.

A backlash exists. There’s been a fair amount of teasing and generational criticism against the Millennial-driven trend toward craft and artisanal objects, a movement that’s gone hand-in-hand with living affordably (some would say “ironically”) and avoiding the ultimate headache purchases, cars and homes. We were handed an economy we never asked for and a planet under duress. There’s genuine punk antagonism in even the most twee Etsy storefront: a rebellion against mass production, against the unnecessary, against landfills and carbon and the thin pleasure of rampant consumerism.

Me? I only ever want one thing: the thing I need. Trying to find it drives me crazy, but at least there are 121 pairs of socks I never have to think about again.