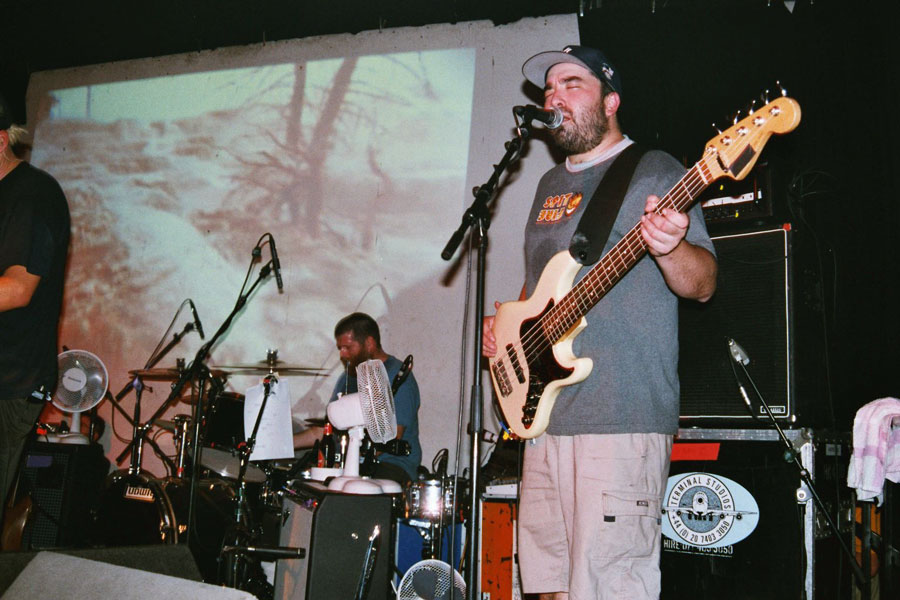 As predicted, Grandaddy decided to go out with a bang. Just Like The Fambly Cat is the heaviest, most tumultuous album the band has done in years – maybe ever. No official release date as far as I know, but it should be out in April or May.

I described them to a friend today as “The Flaming Lips if they watched a lot of Star Trek,” and that’s about as apt a description as you’re going to get out of me.

If you haven’t heard already, the group is disbanding and this is their last record. Sophtware Slump was one of the first albums I stumbled upon in indie-rock land, so Grandaddy have always been a special band for me. I’ll be sorry to see them go the way of Beulah — this is why we buy records, guys, so good bands can keep putting ’em out.

Cool wallpapers and stuff on their website, stream their entire last EP on their MySpace, etc.

The Rawking Refuses To Stop! is so close to #1 it hurts. Everybody, hands in the middle, let’s get out there and do this!