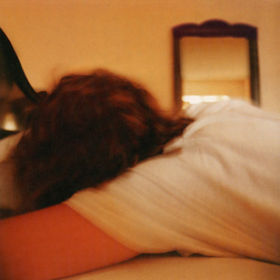 The Canon, Examined is a new series examing the best “other” albums – the ones that didn’t make it up there with Neutral Milk Hotel and The Microphones on Pitchfork lists during those long dark years before the online webzine market exploded.

Lullaby For The Working Class is a band that might be described as alt.country, but that’s too simplistic. The vocals are gruff, sure, but in terms of composition, they sound almost like a post-rock band – only with traditional country instruments. Blanket Warm, their 1996 debut, is clothed in violins, banjos, and bright-sounding acoustic guitars. The album is the project of Mike Mogis (yes, he of Saddle Creek fame), Ted Stevens, A.J. Mogis, and Shane Aspegren, but the lush, almost orchestral production sounds like the handiwork of a much larger group. They’re certainly far too raw to be countrypolitaners like Hem, though. With lines like “My sweet eternity / you were more than I bargained for” and “honey, drop the knife,” there’s no shortage of great lyrics. I can tell you with honesty that this album absolutely destroys any album released by Saddle Creek. Ever.

The Canon, Examined is a series spotlighting the finest albums to ever slip through the cracks.