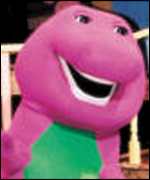 I wasn’t going to do this. In this blog, I try not to measure music – You’ll notice I never include numerical ratings with the reviews, and for the most part I just post things I’m really excited about regardless of if it shakes out to be a 79% or an 84%.

Then the blogosphere failed me. Failed me utterly. Ryan at Good Hodgkins has been industrious and curious enough to compile a mid-year top 10 based on several different blogs’ lists, and quite frankly, it is wrong. The calculations are all intact, of course – it’s the choices themselves that worry me. The blogosphere would have you believe that Belle & Sebastian have released the best album of the year, that Band of Horses don’t have a bunch of awful songs in between the great ones, that Mates of State are better than Camera Obscura…and Ghostface. I hope we’re all in agreeance that this is a problem.

1. Destroyer – Destroyer’s Rubies
2. The Pipettes – We Are The Pipettes
3. The Fiery Furnaces – Bitter Tea
4. Maritime – We, The Vehicles
5. Rose Melberg – Cast Away The Clouds
6. Ghostface Killah – Fishscale
7. Centro-matic – Fort Recovery
8. Thom Yorke – The Eraser
9. Sondre Lerche – Duper Sessions
10. Camera Obscura – Let’s Get Out Of This Country

(Ineligible because they’re not out yet and I haven’t listened to them enough: Chad VanGaalen, Lambchop and Grizzly Bear, all of which are magnificent. Albums in need of more consideration before proper ranking: Danielson, Sunset Rubdown, Oneida, and Grandaddy — for whom we still have a contest going.)

Here are MP3s so you know you can trust somebody’s judgement. Sheesh.

It’s all in good fun, gang. I’m willing to give the blogosphere the benefit of the doubt – they probably just haven’t had time for the Maritime record yet. Totally understandable, of course. Just wrong.