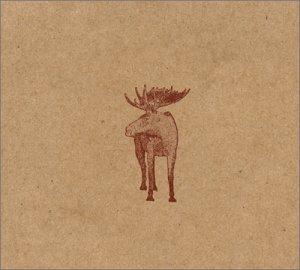 I was exposed to Hayden early on in my indie development, perhaps even before I discovered Radiohead. (I made up for that particular oversight by listening to basically nothing but Thom and Co. during senior year of high school, to the point where after I saw them live in September 2003 I was too burnt out for even OK Computer. But I digress.) After buying Skyscraper National Park on a message board recommendation and the annihilating strength of “Dynamite Walls,” it quickly became one of my all-time favorite records – for a while, it was second only to choice releases by Elliott Smith and, well, Radiohead.

Since then I’ve listened to more albums than I thought was possible back in high school, and while artists such as The Softies and Yo La Tengo have entered the ol’ all-time top 10, this album remains an absolute fucking triumph. It’s one of my favorite – let me rephrase that – one of the best folk records of this decade, and a unique beast even in the laudable Hayden catalog; Skyscraper National Park, conceptually and sonically, aims for an aesthetic and just nails it.

The album was the first to really nurture my burgeoning fascination with recording and mixing as an art form unto itself. On songs like “Dynamite Walls” and the swelling “Bass Song,” not only is the recording so clear and crisp, but each instrument occupies its own little space and meshes perfectly with the overall framework. It’s not a minimalist album but it is a tasteful one, with extra guitars and voices quietly waiting in the corners to be discovered.

Of course, this is all moot without the strength of the songs and performances. Skyscraper National Park saw Hayden discovering a sandy falsetto and telling stories as hypnotic as a swaying pocket watch. “Bass Song” chronicles his own death (“headphones on, recording songs…they broke my windows”), “I Should’ve Been Watching You” offers a moving look at saying goodbye, and the blues-rock of “Carried Away” provides less-than-serious advice on a relationship. As for the music, I’ve said this many times but I’ll say it again: “Dynamite Walls” accomplishes more in one minute than most post-rock bands can during entire albums. See for yourself.

The Canon, Examined is a continuing series spotlighting the finest records to ever slip through the cracks.