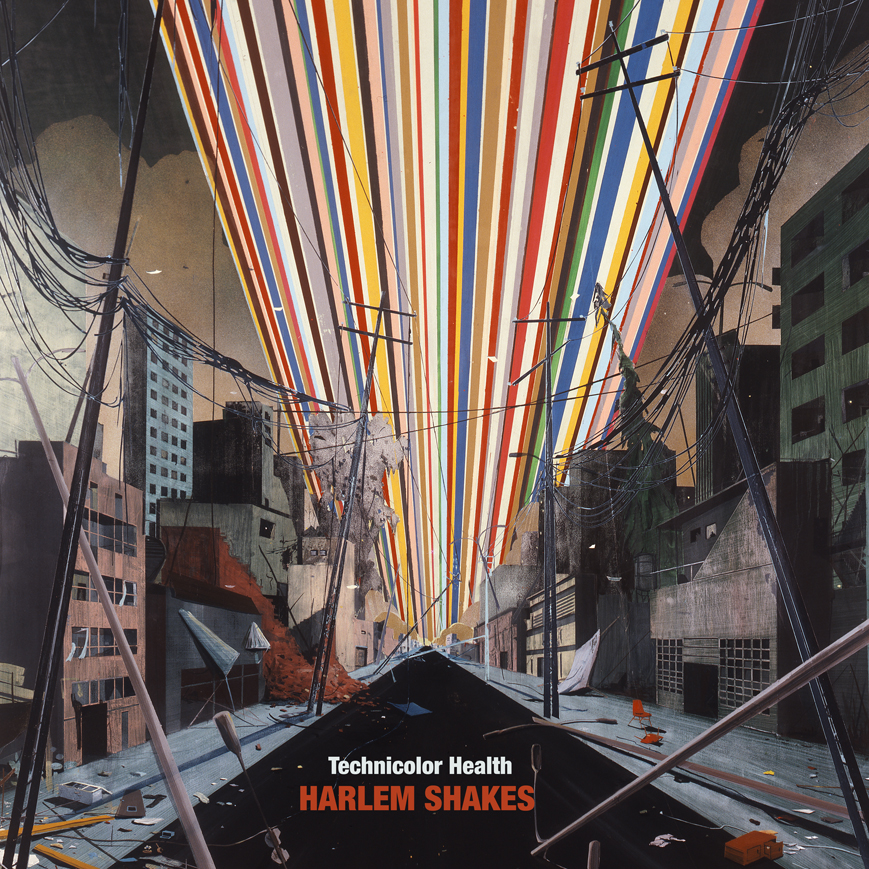 The recent anniversary of Nirvana frontman Kurt Cobain’s death was a reminder not just of a brilliant talent snuffed out too soon, but of the short shelf-life of rock movements. Grunge was quickly co-opted and Xeroxed into submission in the early ’90s, and alternative — whatever that means — stopped being an alternative to anything practically to the day MTV launched Total Request Live. As Billy Corgan said earlier this year, there are no alternative fans now — just pop fans who like Nickelback. The point being that indie rock seems about ready to reach its expiration date as a mainstream movement of sorts, too.

Technology and the Internet has so drastically changed the way we interface with music that what this means — and what will come next, if anything — remains to be seen. So amidst this time of major label casualties (arguably, the Decemberists, Interpol, Death Cab) and vapid trends (Lo-Fi II: The Wrath Of Guitar Teachers), Harlem Shakes’ furious debut shares the twin burdens of being both a shot in the arm and perhaps some famous last words.

Technicolor Health is certainly a product of turn of the century indie: Oh, Inverted World-era Shins’ pop sensibilities, Clap Your Hands Say Yeah’s unhinged Bowie vocals and the Arcade Fire’s plump bombast all show their choppy haired heads. But it’s also a product of an Obama new year: “This year will be a better year,” Lexy Benaim sings convincingly on “Strictly Game” — a tune that borrows a Latin beat, oh God, colonialism — and “Nothing But Change Part II” has its vamping groove firmly set to soundtrack the President’s campaign motto. Horns bleat over bizarro guitars before the song dives into a hand-clap driven chorus that shape-shifts into a Liars-y breakdown before surfacing into another jubilant verse — it is both wild and catchy as hell. It’s “Strictly Game” which seems to offer the band’s mission statement: “Make a lot of money / take a lot of shit / feel real bad / and get over it” — not so much the words as the intonation, which is sarcastic. The Shakes are funny like Pavement was once, scene jokers antsy under the weight of an unexpected crown. The band’s greatest gift is their ability to bake this potpurri of sounds and styles and songwriting into a steaming 7-layer lasagna; every bit is a joy. On songs such as “Natural Man,” they embrace indie rock’s trademark weirdness and nonchalance (unintentional studio chatter abounds) in between expertly crafted verses and choruses; the song even erupts into full-on Crosby, Stills & Nash harmonized ba-ba’s minutes after singing about how “Your dad’s basement smells like ’98.” Technicolor Health smells like teen spirit all over again. Breathe deep.

(Technicolor Health is out now on Gigantic; the band plays two nights in Los Angeles in May)
***