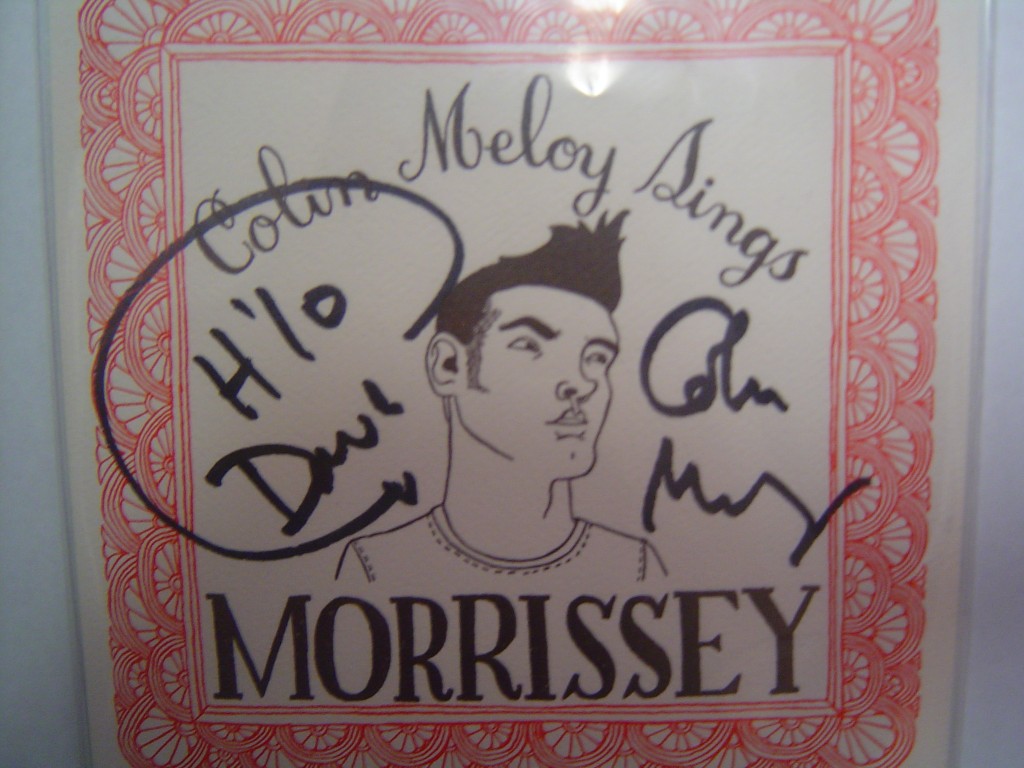 Critics’ and journalists’ “Death of the Album” axe has been grinding for a minute now, but since Pitchfork’s Rob Mitchum added his voice to the increasingly whiny — and wrong — chorus of unresearched, anecdotal opinion-as-trend-pushing today (aside: this is why blogs have ruined journalism) with a review of likely P4k best of the decade candidate Kid A, let’s discuss this real quick.

Is The Single An Album-Killer?: iTunes and digital downloading have, yes, made it extremely easy to cherry-pick individual tracks from albums; to create mish-mash playlists; and with the iPod’s “Shuffle” feature, to ignore album sequencing at will. Thus: The death of the album!!! Uh, based on what? In practical terms, listening habits have evolved — not altered. The playlist has replaced the cassette mixtape. iTunes and services like Pandora have replaced FM radio, which, if you’ve forgotten, always played singles — not albums. In the 1990s, a thriving CD singles market made top sellers of tracks from Mariah Carey, Whitney Houston, Madonna and more. In 1997 — before Napster — 67 million CD singles were sold, a number that kicks the shit out of modern digital sales. Singles! Newsflash: This didn’t stop people from buying Mariah Carey albums. Or, you know, Radiohead albums. And remember “Hey Jude?” That was a single.

Are People Buying Less Albums In Relation To Singles?: Maybe, but this is because people are buying less albums, period, because, frankly: what’s the point when music’s free? Go on any music discussion board or bittorrent site and you’ll see album downloads — not tracks. More importantly: Are the singles they’re buying hip-hop, pop and R&B hits from albums with only a few worthwhile tracks anyway, as opposed to supposedly “art” albums by bands like Radiohead? And so this is actually efficient, easy and great? Obviously. When “My Girls” starts cannibalizing Merriweather Post Pavillion sales, let me know.

Do People Still Listen To Them?: If they’re any good!

Are People “Stripping” Rock Albums “For Parts” Now And “Marginalizing Them?”: I’ll answer your question with more questions. Do you own the Smiths’ Singles or the Bruce Springsteen’s greatest hits? Do you like some songs more than others? Do you really like Funeral but sometimes you just wanna hear “Tunnels?” Do you still listen to Funeral straight through most of the time anyway? Enough already.

Isn’t Tying The Album To The Rock Era Inaccurate Anyway Because It Really Came Of Age In The Late ’50s And Early ’60s Thanks To Frank Sinatra’s Early Concept/Theme Records And Album-Length Broadway Musical Soundtracks Like South Pacific Which Topped The Charts Deep Into The ’60s But Nobody Talks About Because They’re Inconvenient To The Narrative (Seriously, Look At The Billboard Year-End Charts): Yeah.

And Isn’t It Weirdly Hypocritical For A Web Site That’s Major Editorial Focus Has Been On Album Reviews For The Last Decade Call An Album From 2000 The Last Of Its Kind, Given That Said Web Site’s Best New Music Feature Has Spurred And Promoted Album Sales And Thus The Album As An Artistic Format: Totes. Especially given the best of the decade albums list they’re about to post.

So, Uh, What The Hell’s Going On Here?: You tell me. I’m going to go listen to some albums. On my iPod.