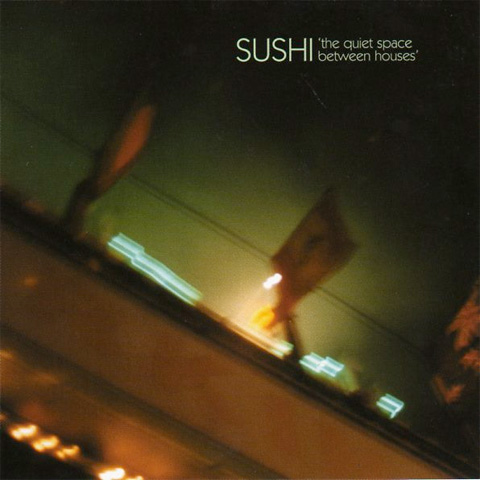 Sushi had the right idea with its name, but it could’ve been more specific – if aquatics and eating was its thing, the short-lived Oakland band should’ve called itself The Twee and Cake. As is, though, Sushi’s one and only album, 2000’s The Quiet Space Between Houses, does lean heavily on the jazz-tinged indie pop of genre mainstays the Sea and Cake, matching sweet, shimmering guitars with tart female vocals more indebted to twee goddess Pam Berry than S&C frontman Sam Prekop. Casual cool and fey fussiness makes for a winning combination on songs such as “Strip Mall Breed”; as the Sea and Cake themselves have learned in their recent resurgence, showing a little spirit’s not a bad thing. Then again, neither, garager-come-latelies, is learning how to mic a guitar. [Hat-tip to Skatterbrain]

(Buy The Quiet Space Between Houses from Shelflife)