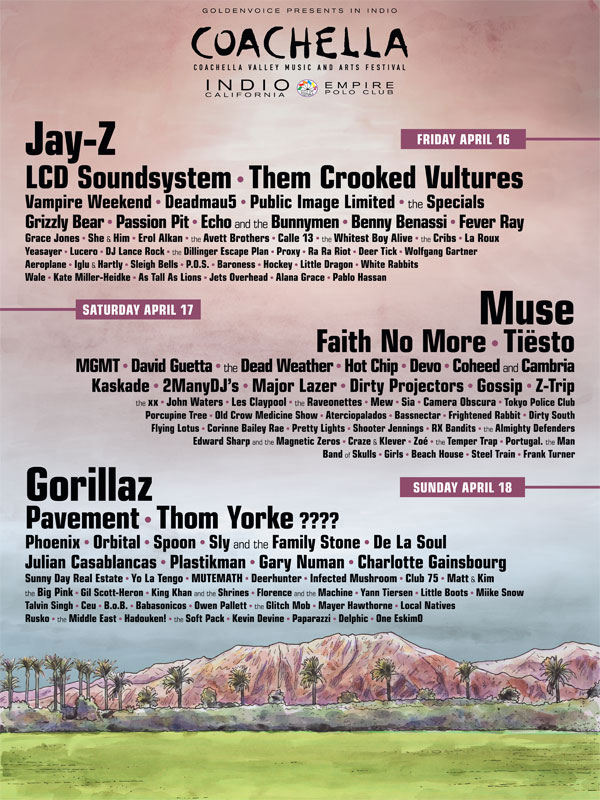 Coachella 2010: Pavement! As expected and feverishly rooted for, the reunited indie-rock gods will be playing the festival on Sunday, with Gorillaz (really?) heading up that night and Jay-Z (yes!) and Muse (blech) headlining Friday and Saturday, respectively. There’s a number of winners in the lineup: Thom Yorke’s solo project (the best show of ’09), Grizzly Bear, Phoenix and Dirty Projectors are the big ones, but also, Sly and the Family Stone, Yo La Tengo and Sunny Day Real Estate — all playing Sunday! Let’s just cross our fingers Pavement plays a secret show in L.A., My Bloody Valentine style, to make up for the lack of headliner status.

Coachella will be held from Friday, April 16, through Sunday, April 18. More updates to come in this space.