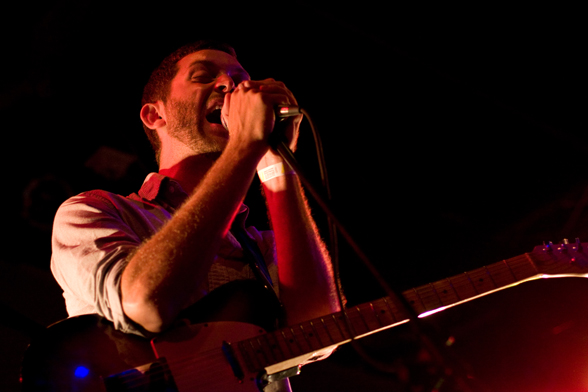 2009 was a great and terrible year for New York’s Harlem Shakes: the band released one of the best albums of the year (not to mention decade) with Technicolor Health, took what should’ve been a victory lap tour opening for Passion Pit, and abruptly called it quits. But guitarist Todd Goldstein was unwilling to drop the torch, reissuing Kids Aflame — the rewarding debut of his previously shelved solo project, ARMS — and looking ahead to his next record. In a phone conversation conducted just before New Year’s, Todd and I talked about his penchant for guitar faces, why Harlem Shakes called it quits and his favorite bands of the decade.

David Greenwald: Before we start, I just want to tell you that you make some of the best guitar faces I’ve ever seen in indie rock.
Todd Goldstein: [Laughs] Yeah, I know. I’m trying to tone it down.

DG: Oh, I don’t think you should tone it down at all. There are too many bands who just stand there and look at their instruments and walk off the stage.
TG: That’s — good to hear.

DG: Is the performance aspect – playing in an indie rock band vs. a bigger production — something you’re conscious of? Would you be interested in doing something like the Flaming Lips do?
TG: It hadn’t really occurred to me, mostly because the resources for that sort of thing are hard to get together. But I think the performance aspect of playing a rock show is way more important than people give it credit for. You need to grab people and give them something to pay attention to. Otherwise they can listen to the record.

DG: Right.
TG: That’s why I don’t go to that many rock shows. If i’m going to go out, I really want to see something awesome.

DG: Who are some bands you’ve seen lately or as a kid who impressed you?
TG: I saw Fleet Foxes early last year and that was really amazing. I think Robin, the singer, is a timeless talent. And I saw Dirty Projectors at SXSW this year — completely blew my mind. Actually seeing them in person was just next level.

DG: It’s funny you mention them — I should warn you that on my albums of the year list, Harlem Shakes are going to be No. 2 —
TG: Oh, hell yeah! That’s great.

DG: And Dirty Projectors are going to be No. 1. I want to get into your projects, but while we’re on the subject, what were some of your favorite albums of the decade?
TG: When I got into music in the way that I am into now, in college, when I first started finding my way into the indie rock canon… Modest Mouse, The Moon and Antarctica, the first Iron & Wine album. The first Shins album. The stuff that became the boilerplate indie rock of the ensuing decade. I just thought it was a really good time for music, a lot of stuff really touched me. Sun Kil Moon, Ghost of the Great Highway , that’s probably my favorite album of the decade. Mark Kozelek is an enduring hero of mine. I never get sick of his music — I am never unhappy to hear it, even though while I hear it, I am generally unhappy. I saw Broken Social Scene in New York on their last stage of the tour after [You] Forgot It In People. 18 people on stage, the most joyous, awesome show I’ve ever seen. 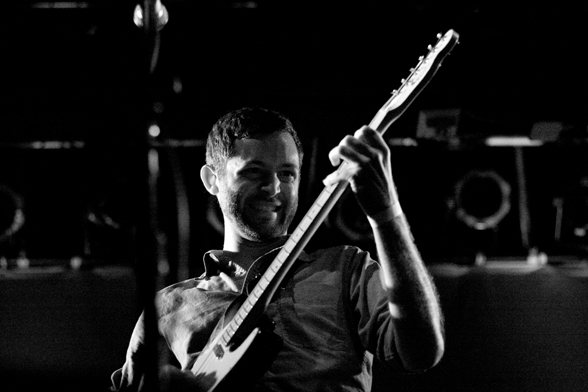 DG: Totally, people really love them. I can’t understand why we can’t PayPal them some money and have them finish another album already.
TG: I’m praying for something soon.
DG: It seems like they’re perfectionists, they’re probably just taking their sweet time.
TG: I can relate.

DG: Then let’s talk about Harlem Shakes. There was a pretty big gap between Technicolor Health and the band’s first EP back in 2007.
TG: Making a record for some people, is like, everybody hole up for two months, write the material, get in the studio for a few weeks, get it all done and get out of there. But the process of getting ready to do that kind of thing can be a lot longer than a lot of people think. The best way that I can put what happened in that time is, the band was congealing around the idea that this was serious, and getting ready to be able to write the songs that would become Technicolor Health. So a couple of shows here and there, and this entire time, we’re working on this group writing thing, which we were at a stalemate [with] for a long time. Finally, we had these friends in the industry who were like, guys, come on.

We wrote the entire album, worked for like six weeks, meticulously putting this thing together, then there was this bizarre gap where we had to wait to mix it for like two or three months. Everything was just, delay, delay, delay. From the outside, all you see is two years [before] the album, there was nothing, but the intervening process was so drawn out for many reasons.

DG: But it came out alright.
TG: This record is what is to our minds a flawless document of all the work we put into it. We came out of it being so happy. We worked so hard to make sure every detail was exactly what the five of us wanted it to be.

DG: When you guys first hit the scene, there was some buzz and then you went away for a while — trends, bands, everything moves so fast now, do you feel like you may have lost some momentum by waiting?
TG: Yeah, it’s possible. I don’t know what would have happened had we taken advantage of the momentum. I don’t think we would have had as good an album. I think there’s this idea of momentum that has killed a lot of bands because they’ve made some recording and then the process of taking advantage of this momentum involves touring endlessly and you can’t really write while you’re touring, you can’t really digest what’s happening.

DG: You guys were never really road dogs.
TG: I think in the end one of things that [caused] Harlem Shakes to call it quits was, no one really wanted to do that work of touring. There were guys that just had other irons in the fire. They had jobs and relationships and things like that, and they were like, you know, touring’s kind of a bitch. I’m in the other camp, which is why I still have a band.

DG: So the touring was the make-or-break thing, basically?
TG: Yeah. i think that was really the biggest concrete reason. Obviously there were a million other little reasons. To be a band today, to make a living at it, you can’t just sit on your ass and make records, you have to go out and play over and over and over again. The rewards are X, Y and Z, and if you’re not into the work or the rewards, then you’re probably better off having a job and making records just for fun on your own.

DG: Tell me about the evolution of doing ARMS vs. doing Harlem Shakes.
TG: I moved to New York in 2004 and it took me sort of a while to get going, but ARMS was born around that time. I was puttering around for a couple years, self-released an EP, put together a couple low-key bands. Just as things were sort of getting moving with ARMS, getting attention on blogs and stuff like that, I heard that this band Harlem Shakes needed a guitarist. When I auditioned, it was pretty immediate — it was like, these are my guys. We just clicked so easily. I was like the fifth guy to come to audition and they were relieved that I’m young and like the same music they do and [am] relatively easy to get along with. I told myself, consciously, ARMS is now a side project, I see Harlem Shakes as something that requires all of my energy, so I worked very hard with those guys for 3 or 4 years, until it stopped working.

DG: So now you’re dusting off ARMS.
TG: I have a three-piece band, it’s great, they’re great, we’re good to go. I want to get on tour, we’re playing a show in January with Passion Pit at Terminal 5. So we’re going to tour behind Kids Aflame and get out there a little bit, and then there’s a new album ready to go — which is going to be, by the way, completely different from Kids Aflame.

DG: Would you characterize the new material as sounding closer to Harlem Shakes or is it something new entirely?
TG: It’s something new entirely. It’s a lot bigger. The songs are a lot more complicated melodically and emotionally. On Kids Aflame, I was trying out a whole bunch of things, now I feel like I’ve found the thing i want to be doing so it sounds more like an album. The new one is a lot darker. Still a lot of reverb. I’m trying to go as deep as I possibly can.

(ARMS are playing several shows in New York this month and will be at SXSW; Kids Aflame is available now on Gigantic) 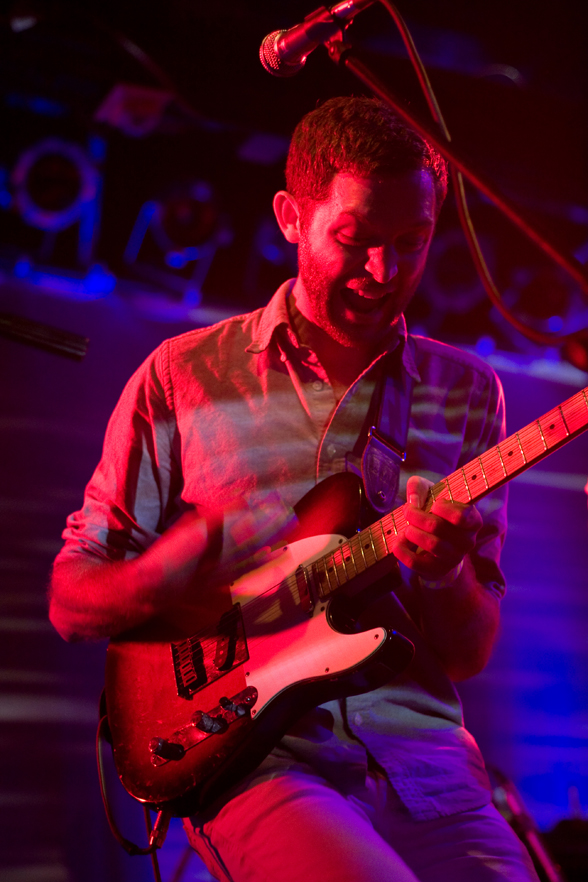