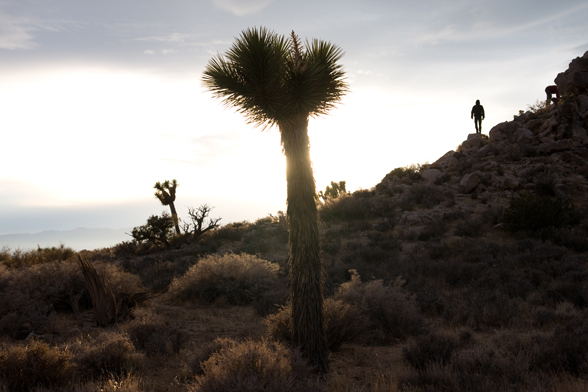 Aquarium Drunkard pointed me in the direction of Los Angeles rockers The Idaho Falls with the disclaimer that I was the only other person he knew who liked the Thrills. He was almost there — I love the Thrills like Tiger loves, uh, playing golf. But with the band apparently in shambles (more news on this soon) after the commercial disappointment of the totally great Teenager, there’s a Dublin-sized gap in my heart. The Idaho Falls seem determined to fill it.

The Spark, their third self-released full-length, waltzes right alongside their Irish peers’ early, country-rock-oriented material, with singer Raymond Richards’ whimsical warble bearing more than a passing resemblance to head Thrill Conor Deasy. But the band also draws on L.A.’s country traditions, from the Flying Burrito Brothers to more recent torch-carriers such as the Beachwood Sparks, with a female backing vocalist to play Emmylou to Richards’ Gram. The result is an earnest, tuneful collection that’s awfully easy to love. “My heart, it’s not made of stone,” Richards  sings on “Cloudy Day”; don’t let yours be.

(The Spark is due January 26; the band plays an album release show at Spaceland on January 21)