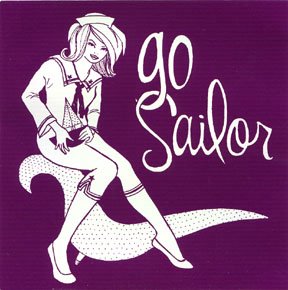 Go Sailor may not have set the indie-pop world on fire the way some of Rose Melberg’s other projects (Tiger Trap, Rawkblog favorite-band-ever The Softies) did, but given that Rose has spent approximately an hour performing songs in Los Angeles in the last decade, all news is good news. The short-lived, Rose-fronted band — which obviously rules — is reuniting to play at Slumberland Records’ 20th anniversary shows in L.A. on March 28 and San Francisco on March 27. Joining them will be other reuniting ’90s luminaries Henry’s Dress, Boyracer and The How, as well as modern torch-bearers Pants Yell! and Devon Williams. Softies in 2011? A boy can dream. (Aside: Do we have the relative commercial success of Vivian Girls and Pains of Being Pure at Heart for all these reunions? Or is the timing just right? Happy as a cardigan-wearing clam either way.)