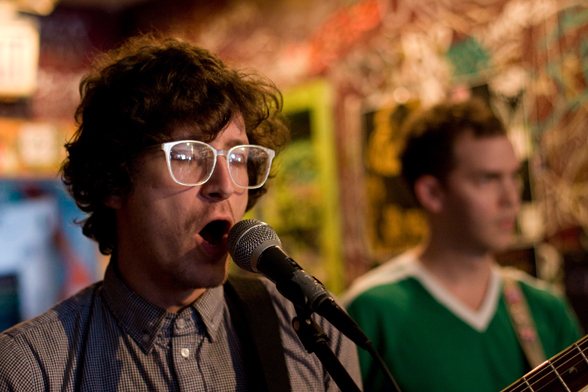 SXSW’s biggest surprise, for me at least, was the discovery of International Waters — a Texas indie-pop act whose glistening major 7th chords pulled me off the street and into Plush for the remainder of their set. The band does have some pedigree — two members once played in Voxtrot — but the new act is very much its own nerdy, bossa nova-loving animal. Here are two of their 2009-released jams; keep an eye out for a 10″ release as soon as April.