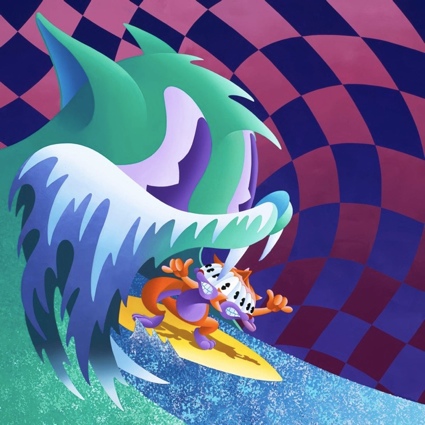 Congratulations, indeed! MGMT — who, by all accounts, are some pretty good dudes — have achieved something really admirable here: they’ve parlayed a handful of unfuckwithable hipster-turned-frat party singles into having Columbia pay for them to make an album in a studio that of Montreal or Olivia Tremor Control would’ve made on a four-track in 1999. Beyond that worthy aspiration, the band’s decidedly non-dance-y take on Elephant Six-meets-a-budget neo-psychedelia is an assured one. The songs are pretty, a little weird and yes, catchy enough, though MGMT never reaches again for the huge hooks of “Kids” or “Time To Pretend.” Instead, they’ve turned out a surprisingly modest record that satisfies end-to-end and has Sonic the Hedgehog on the cover. If they name-drop Circulatory System in the liner notes, I might even buy this thing.