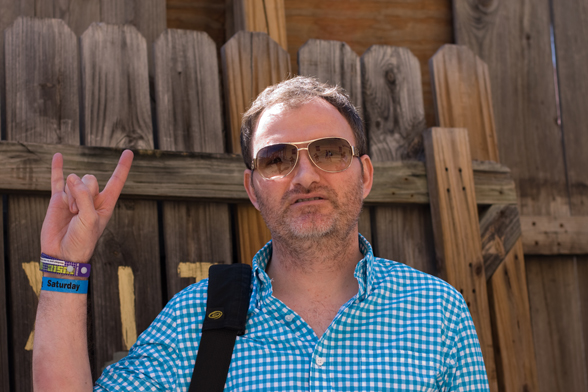 Tonight at the Echo, Miles Kurosky will play a Los Angeles club show for the first time since headlining the Troubadour on October 3, 2003, as the frontman of Beulah, a performance captured in the documentary A Good Band is Easy To Kill. In the intervening years, Beulah broke up and Kurosky’s body broke down, with shoulder surgeries leaving guitar playing temporarily out of the question and an intestinal condition adding injury to, well, injury. Now, he’s back with an catchy new record, a crackerjack new band and a lot to say. I caught up with the musician during his week at SXSW last month after he kicked off the festival’s second day with a performance at Paste’s showcase at the Galaxy Room backyard.

David Greenwald: Your show at Amoeba Music in March was your first time on stage again in six years, is that right?
Miles Kurosky: Yeah, it was interesting. It was fun, there were a lot of people so that was nice. I haven’t been on a stage in six years, I haven’t played a guitar really except for making little spurts of the record for six years. Today and yesterday were probably the first couple days that I felt sorta normal on stage.

It’s difficult – I don’t know how to explain it. Being away for a long time, when you’re away long enough, what happens is you start to think like, it’s easy to be away. I could easily drop out for another six years, 10 years, and it wouldn’t matter. Because in those six years, the last thing in the world I was was Miles from Beulah.

DG: What has the experience been like of playing shows and seeing people who are still very excited to see you? Have you been surprised to see that, six, seven years later?
MK: I think it’s an interesting case. I don’t know if it’s because of the music we made, or the onset of the whole blogosphere and MySpace and all these things that didn’t exist, twitter or whatever, when we broke up, but Beulah fans are fucking, like, cultish. Really rabid. They’re just so full of love and passion and dedication. I really appreciate it. Honestly, when we broke up, I knew we were loved, I didn’t now we were that loved.

DG: People seem really excited to hear the Beulah stuff.
MK: The only reason people are coming to my shit anyway right is because of other band, you know? I have no problem playing them, they’re my songs. I wrote ‘em anyway. So they’re just asking for something that they never saw or that they love so much that they just want to hear again. It’d be really silly for me to be like, ohhh. So I appreciate it, I’m very grateful that I made music people care about. Look it, 1,500 bands [at SXSW], trying to get noticed, playing on street corners. It’s not an easy job. 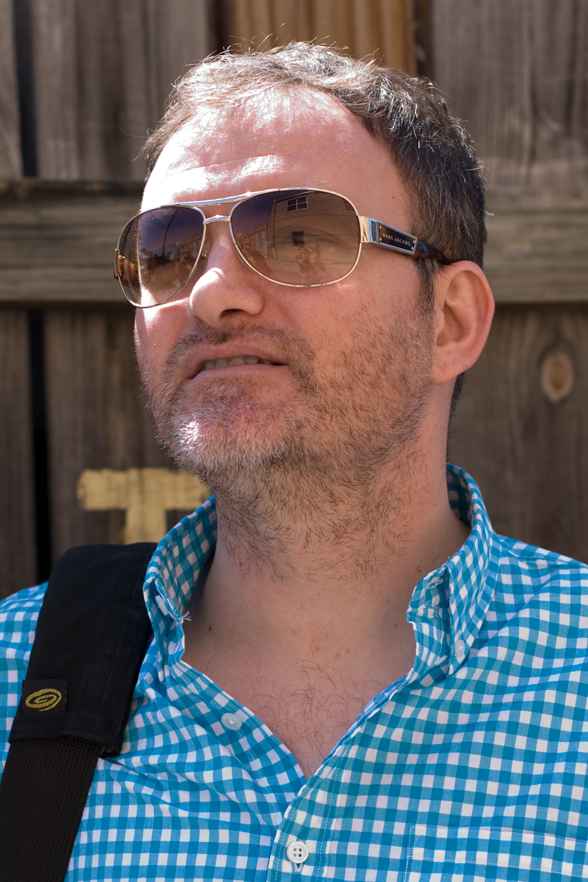 DG: Like you said, now you have to be on Twitter, Facebook, you’re interacting with fans that way –
MK: God.
DG: — Yeah, what has that been like?
MK: I don’t mind it, what I do mind, is suddenly you have to be a pen pal. Not that I mind that aspect of it, I’m just a guy, I don’t mind if someone shows up at my doorstep, to be honest with you. My wife does, but I don’t. We’ve had a couple people do that. But it’s time consuming, because it seems like everybody’s always on. I noticed when we were playing, there was one girl here and she didn’t lift her head up for the entire show.

DG: How did you and your wife get together? Were you dating during the Beulah days or did you meet after?
MK: Towards the end, the very, very end. I met her at a Levi’s shop in San Francisco. She was working there, [her] last day. Now she has a master’s degree and runs big programs and does other stuff but [at the time], I was trying on a leather jacket and I went up to her and I said, “Hey, what do you think? I look OK?” She looks at me and said, “You look horrible. You should not buy that jacket. It does not work for you.” I said, “Really?” She said, “You’re trying too hard.”

DG: That’s great.
MK: I said, “Oh, wow.” But then she said, “What are you doing here?” “I’m just looking for a jacket and hanging out,” then I said, “Oh, I went to buy this magazine,” and there’s a big picture of Beulah in it and I pointed at it and said “That’s me.” And she got my magazine — she did a little modeling — and she pulls it open and says, “Oh yeah? Well, this is me.” And then I asked her out to dinner and that was it.

I would have never met my wife had I not gone that day to that place and thank God, because she’s like, my fucking savior. I have some dark moments, Dave, I used to. I don’t know if I’d be all together here if it wasn’t for her. Honestly. Because she’s way stronger than I am. You’d love her, everybody loves her. She’s glorious.

DG: During the time you were away, I know you spent a while dealing with surgery and medical issues– what were you doing with that time since you couldn’t play music?
MK: I have to say, when I was getting surgeries, I wasn’t feeling so hot. I’d take a lot of pain killers and vicodin and stuff like that and kinda got a little lost there for a second.

I didn’t do much. Commercials and little soundtrack things, I’ve been asked to do those. Just normal shit, I hang out with my wife and my friends and just do normal things. Music really wasn’t on my mind a lot. It still isn’t in a lot of ways.

DG: So with this comeback – you’ve got a month or so of dates scheduled, then what?
MK: I’ll play it all by ear. Maybe I’ll write something. It’s interesting seeing how people reacted to the record, both good and bad. I’ve realized I can’t escape Beulah, and I don’t want to, but I wonder how this record would’ve been reviewed if it was just some band called Whatever, that made the same record. Because with Beulah, [it’s] either like, it’s too much like Beulah, it’s too this, it’s not enough like this. I’ve realized in a certain sense I can’t win. So I’ll read reviews and if people say, “Oh there’s so much going on in this record, my head’s spinning,” well, I was going for that. I don’t want to repeat a record. If I made another Beulah record, right, I’d get shit for being like — I’m a one trick pony, I can only write one song. If I made a next record, it would probably be more insane. It would be like Sun-Ra, or like Bartok or Stravinsky. 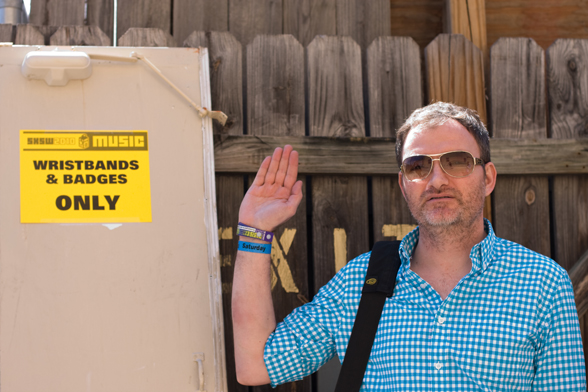 DG: I read one interview where you compared the new one to the White Album.
MK: That was probably my inspiration. That record of all the Beatles records probably gets the most shit, you know?
DG: I think it’s their best album!
MK: I do too. Because it’s so wild.
DG: It does have at least like three or four really terrible songs on it.
MK: Yeah. But they work within the context.