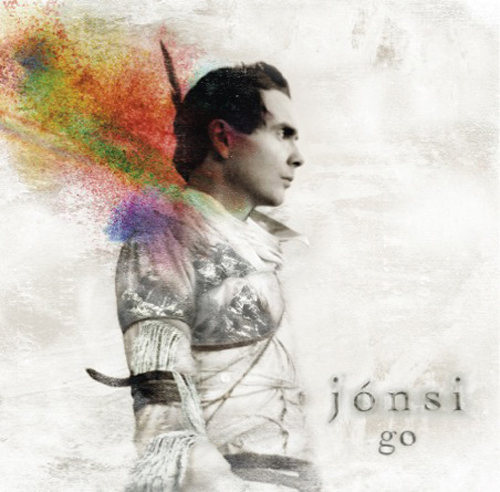 Jonsi’s Go, the Sigur Ros frontman’s proper solo debut, finds the singer heeding his title. It opens with the kind of frenzied but soft-edged chamber-rock that Sigur Ros began experimenting with on tracks such as “Gobbledigook” — head-butting guitar chords and rapid-fire drums fueling ADD music intent to prove the notoriously sleep-inducing band could craft songs to wake up to. Despite the initial energy, as the album advances, the Icelandic musician goes back to his sonic standbys — “Grow Till Tall” is a building ballad that ends with chops of feedback, while concluding track “Hengilas” evokes the simplicity (or monotony) of 2002’s ( ) with a repeated four-chord motif. Those aside, much of the album revels in the kind of previously unanticipated sugar high that could only get cutesier if he was still singing in a made-up language (he gives English a try this time out, to marginally more intelligible effect). Jonsi, this release seems to reveal, is Sigur Ros’ pop guy — and with Go, he takes his new sound all the way.

(Go is out now

; Jonsi also contributes to the latest Made In Iceland compilation)