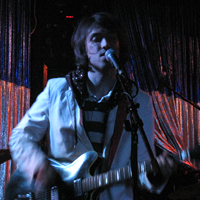 Ravens & Chimes’ follow-up to 2007’s Reichenbach Falls is done recording, frontman Asher Lack just blogged. The band reunited with dream team producers Howard Bilerman (Arcade Fire) and Larry Crane (Elliott Smith) to track the sophomore effort, which should be due later this year. One track that will likely make the cut is “Carousel,” a mournful ballad that almost made the Eclipse soundtrack. The band will return to the stage with a June 26 gig at Bowery Ballroom. [Photo by David Greenwald]

Here’s an oldie to tide us over: