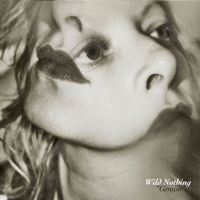 Wild Nothing frontman Jack Tatum turned 22 this month, making him young enough to have missed the prime listening years of the ’80s and old enough to have nevertheless discovered their manifold rewards. Hip-hop happened, as did grunge, and for any number of reasons, the chiming guitars and synth soundscapes of bands from New Order and The Cure to The Cocteau Twins and My Bloody Valentine were abandoned and left to dusty vinyl — for a time. Groups as wide-ranging as Pains of Being Pure at Heart and The Killers have picked up where their shimmering forebears left off, realizing with 20 years of hindsight (and sweet new recording gear) that New Wave has unfinished business.

Few bands have picked up the torch with the successful fervor of Wild Nothing, a group whose debut bursts with the embryonic pleasures of early My Bloody Valentine and the attention to forthright melodicism that defines the best of Sarah Records. Songs such as “O Lilac” and “Drifter” adhere closer to the shy, treble-heavy style of the late ’80s U.K. indie-pop movement than they do to Factory Records’ Mancunian raconteurs, and the bedroom feel is bolstered by Tatum’s droopy, Ariel Pink-like vocals. Gemini swirls with intimate noise as heartfelt as the bands who first bared their synth-backed souls over two decades ago, proving that a revival doesn’t have to mean a rehash.