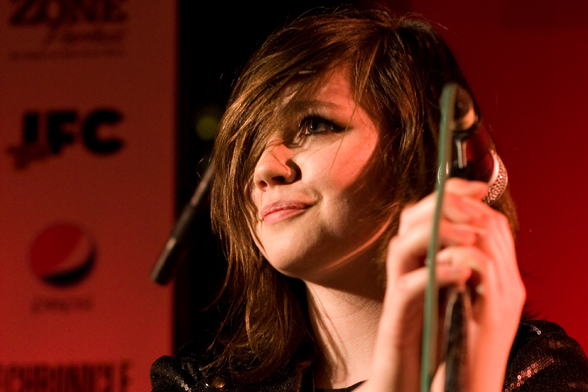 To say I’ve been waiting for this album since 2006 would be a stretch. (At that point, I was waiting in my favorite polka-dot dress for another Pipettes set.) But since seeing Rose Elinor Dougall, formerly a Pipette, formerly “Rosay,” play a rare solo set at the Galaxy Room at SXSW in March, there’ve been few albums I’ve anticipated more. Well worth it: Without Why is a pitch-perfect collection, the Pipette’s lovable gimmicky tossed aside for Smiths-era guitar work and Broadcast-inflected moody Britpop anthems.

We’ve heard many of these songs in some form or another over the last few months, either in videos or as singles, but it’s no less impressive to hear them lined up one after another here, a murderer’s row of tracks dragging the Coldplay discography in a body bag. Dougall’s voice, confident and emotionally direct, is the star here: she sings with the full-lunged fearlessness of pop — read: songs you can actually hear on the radio — bound to actual, non-prefab feeling. “I want you, I want you, I want you,” she sings in “Another Version of Pop Song,” and as Smokey Robinson would say, I second that emotion.

(Without Why is out now)